WHAT ALBUM PUT YOU ON TO BAY RAP???

Arson said:
When dre got out of jail, his new voice caught me off guard, he had my favorite delivery ever, it was funky as fuck.
Click to expand...
I thought Dre was good, but I always thought he was way better after he got out. He elevated his game to a new level.
E

i forgot to mention the Ten O'clock Bomb...the show on 106.1 KMEL that Sway used to host. They used to play new stuff as it came out. I used to tape the show religiously.

I was stoked when I saw this on CMC for the first time (another show that used to play Bay Rap...videos that is)

i went through all his cds after that my bay area catalog grew and grew
Props: siccmadesyko, siccmadesyko, dalycity650 and 1 other person 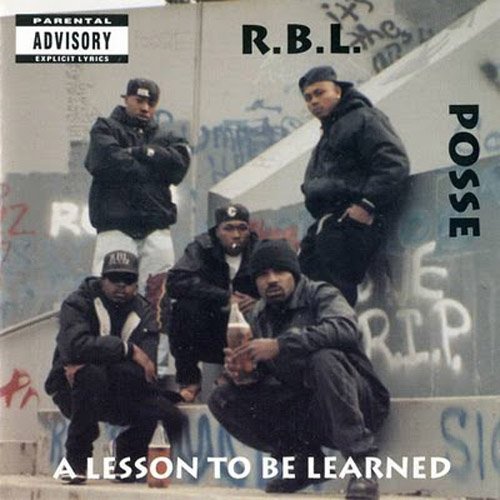 listening to this at 10 years old blew my fuckin mind
Props: DuceTheTruth, e$c, e$c and 12 others

i was already into rap when that rbl came out
but that cassette tape was on repeat in middle school
Props: DuceTheTruth
C

RBL Posse-A Lesson To Be Learned

mc hammer, digital underground and too short were the first rappers from the bay i listened to... but ray luv "get my money on" is what put me on to what we now know affectionately as bay rap

I had known and liked e-40 but a friend of mine gave me the funk mobb tape it aint 4 play and I was instantly hooked. Shit...I remember getting my Walkman taken by the principal and couldn't get it back til the end of the year. I was pretty salty but best believe I was there on the last day of school to get my shit. I still remember looking into that big utility closet they kept all that kinda stuff and there was hundreds of pagers in there and tons of walkmans. Damn I miss the 90s lol

Like the rest, I heard Hammer and DU before anything else, but ALBUM wise----

My older Brother had "Gettin' It" and "Hall of Game" in his truck. And my other brother had "Amerikkkaz Nightmare" and "Me Against the World" but I couldn't really have my way with these albums.

"Killa Kali" was the first bay album I was able to spend quality time with. A homie let me borrow it.


"Can You Feel me", "Seasoned Veteran" and "Untouchable" came soon after that. Again from a friend.

Another homie had ALL the Spice-1 albums after awhile. So we listened to that heavy. Plus all the Westcoast Bad Boys and Master P's if you count those.

The first bay albums that I OWNED were "Strictly for my n.i.g.g.a.z" and "Hemp Museum"
Props: menlohog, menlohog, BO$$ and 1 other person

Hempin Aint Easy, so bit of a late bloomer