^^deuces can u link me that dope fiction??

^ ask dj junk. he put it out and hes on siccness

i heard hes tired of the baldy and is going for the 2009 brohawk..

and that the new dope fiction is entirely bengali music....wtf
R

Gas One said:
the intelligence factor goes from very limited to smart enough not to help the dummies

does ronald mcdonald or dave thomas really ever run out of fast food to sell your ass...the hustle is endless
Click to expand...
PREACH MY NIGGA, PREACH
R

COOPDVILL said:
Just a few more O.G cass to add to the list...
Click to expand...
who was doin the production on that gangsta ern cd?

A Few Records I got.

Kon1 said:
^^deuces can u link me that dope fiction??
Click to expand...
I got to press up some more. Gave out the First 1000 all free sometime ago. I might have some put away.

@ Gas you crazy..Hollywood Junk hahaha, A brohawk wouldnt be a bad idea though. Get the Mr. T on. Rocky 3 on TV today.

shit syncs talkin about gettin the hospital-hawk....maybe it can be a crew thing hahaha!

ran thru and saw him yesterday he doin alot better. talkin good and shit..

yea when i ordered cherry chucks it was throwin in
S

Kon1 said:
^^deuces can u link me that dope fiction??
Click to expand...
I WILL THROW ONE IN FOR YOU HOMIE
I HAVE A COUPLE LEFT AND THE FLAGSHIP OF SOUTHEAST SANDIEGO
KALI KONNECT THE STORE
WHERE SOUTHEAST AND EAST DAGO HIP HOP LIVES
I HAVE BEEN INVOLED IN HIP HOP SINCE ABOUT 1979 MANN
AND I WILL KEEP IT ALIVE AS LONG AS I LIVE.
FA-SHO
WEST COAST IN GENERAL THOUGH
ANY CITY GETTS LOVE AT KALI KONNECT

somewhere I have the original promo release tape for Jayo Felony's "Take a Ride" Cd as well as the one they released for the "Whatcha Gonna Do" album as well...Back then I used to flirt with a chick from the Wherehouse so that I could get all of the promo shit they usually listened to and then tossed out before ordering and I remember always asking her if they had any new promos for Jayo cause that shit came so hard. Had it for almost three months before the album actually dropped...

In terms of other SD artists, I have a few comps I picked up in SD at some local street fairs but the most notable is the Westpresentin' 96 comp with Lil One, Mack 10, Knightowl, the Shaft Gangsta Click and a handful of others...

On top of that I own full discographies of:
Mr. Lil One aka Lil Uno
KnightOwl
Mr. Shadow
Lil Rob
Down aka Kilo
Mitchy Slick
Jayo Felony
all of Low Profile
Mr Sancho
Royal T
Spanish Fly (I think they're from Dago)


I have a few others but I can't think of them just now. I can say though, there's never been an album from an SD artist that I didn't like... 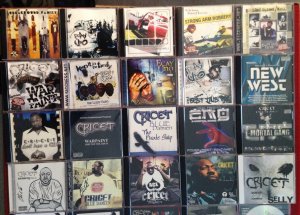 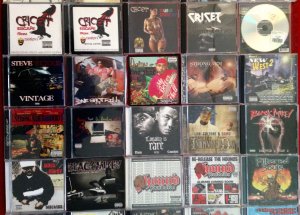 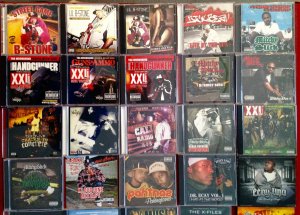 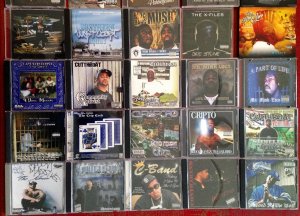 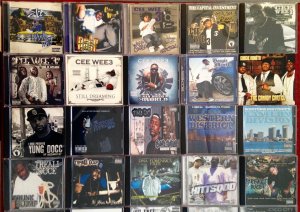 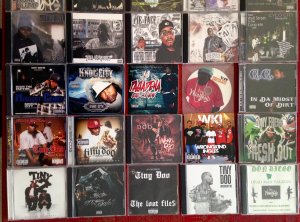 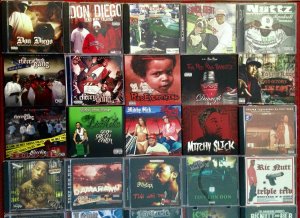 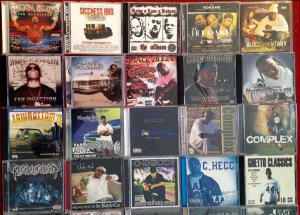 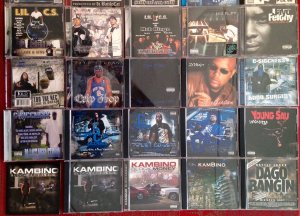 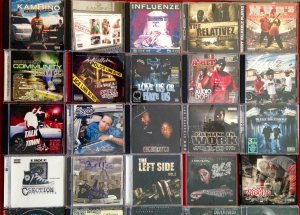 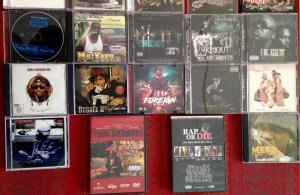 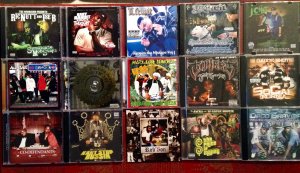 layziemarv said:
impressive Sonny!
Click to expand...
Thanks Boss ;-)
You know alot of the Best albums in there - i got from you Bro .. I will keep collecting that SD Rap, for me that is the BEST
and Hottest HipHop !!
Props: layziemarv
You must log in or register to reply here.
Share: Facebook Twitter Google+ Reddit Pinterest Tumblr WhatsApp Email Link
Top Bottom