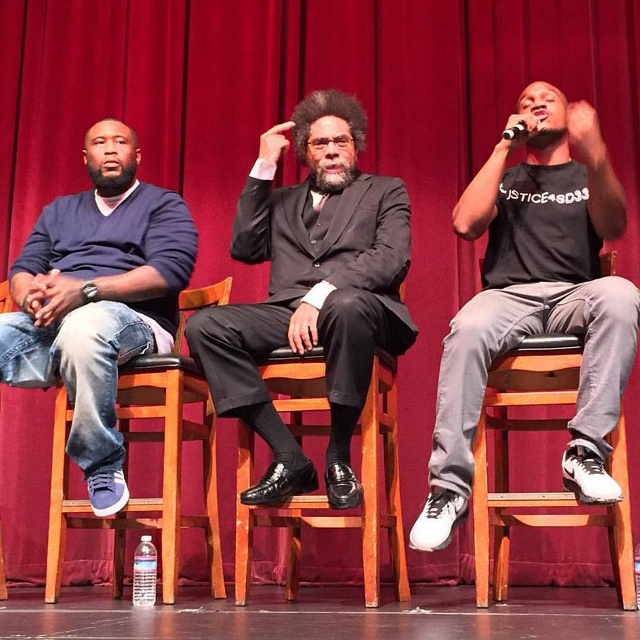 On Friday, December 4, 2015 Dr. Cornel West, philosopher, academic, activist, author, and public intellectual, made a visit to Southeast San Diego to speak about the Criminalization of brown and black communities. Dr. West committed to coming to Lincoln High School after learning of the prosecution of 33 black men through the use of an obscure and draconian gang injunction law (Penal Code 182.5). One of those men was San Diego rapper “Brandon Tiny Doo Duncan“.

What started as a relatively unknown prosecution based on a unheard of and never used penal code of 33 black males in the Lincoln Park area, lead to Dr. Cornel West eventually sharing the stage with some of those same young men. Reclaiming the Community the organization and movement behind this event, has been fluent in the San Diego community and it’s neighborhoods on that very quest to “Reclaim The Community.” Other artist in the city have also shown their support by helping with the release of  “Reclaiming The Community Album | #RTCproject” featuring Southeast San Diego natives like Bossman Hog, Licwit, LooseLyric, Ecay Uno, Tiny Doo, Aye Hit, C-Hecc, Black Mikey, Big June and more.

Yesterday was a event for the history books for all those that may have attended. Check out some exclusive photo’s below from yesterday panel with Dr. Cornel West.