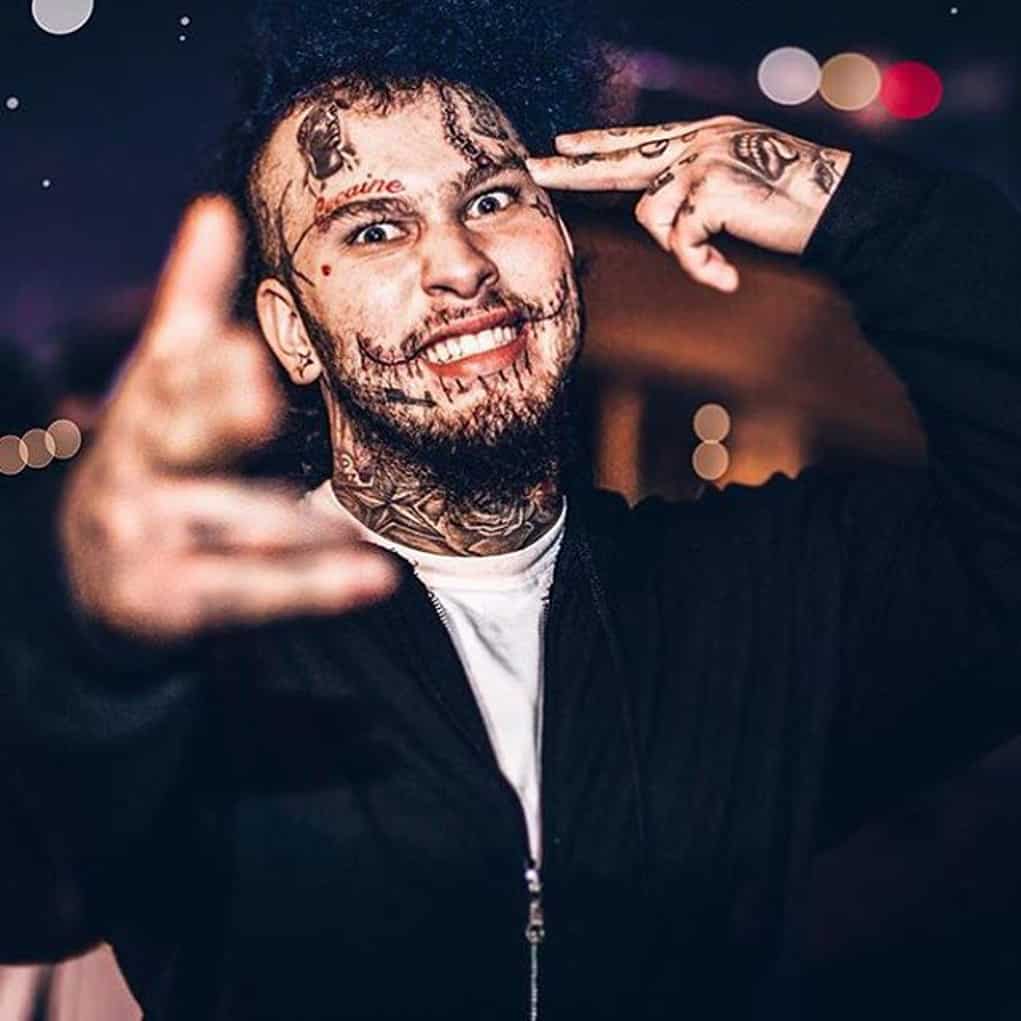 A rapper who is most famous for getting knocked out is offering fans $10,000 if they can beat him in the ring.
Stitches, a Florida rapper most noted for getting in a scrap with The Game&#8217;s manager, Wack 100, and getting KTFO, is asking fans to pay $50 to register for a chance to fight him. He&#8217;s working alongside the promoter for Celebrity Boxing and offering the person who is selected to fight him $10,000. 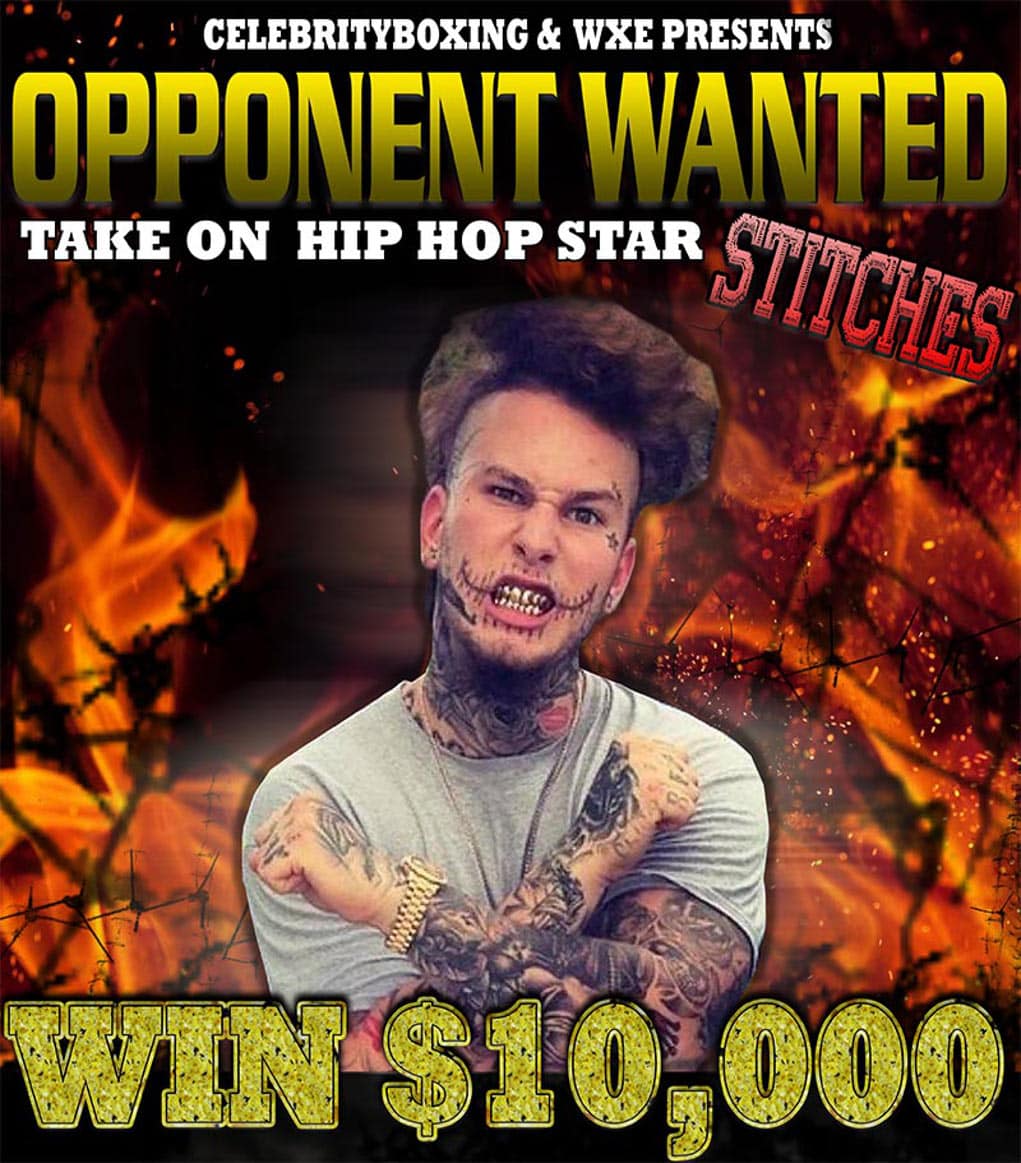 
50.00 is nothing. thats a generous tip for a homeless woman with kids & a dog on the street. get ya money, maine! i know if i put in 50.00, id talk so much shit inside of the email/comments provided, he'd have to fight me based on what i said. troll him, get the fight, make the cash. if he dosent give it to you, its basically contractual already and can be taken to court. 10,000 is nice prize money. most of us should want to knock him out just based on who he is.

LETS GET IT, SICCNESS
(read the fine print to make sure hes not pulling a broke nigga stunt)
Last edited: Jan 7, 2016
Props: Coach E. No, Coach E. No, Fucky McFuckerson and 5 others

Sounds pretty lame and shady. Fight probably wont happen until there's at least 1000+ people entered in and i don't think there's that many people on the internet that care about this shit enough to throw away $50 on a raffle. This world xtreme entertainment looks like some bootleg shit looking at their page too lol
Props: gimmefreemusic, gimmefreemusic, S.SAVAGE and 9 others

I like how there's no real selection process, and they will probably pick some scrawny ass 18 yr old kid to fight him.
Props: Unknownn, Unknownn, swheat and 11 others

Yeah, how do I find out their selection process? They don't give much info.. I'm no pro fighter, but I want us all to have a fair shot. I don't know much about Stitches, but I doubt he is a pro fighter himself.

I just saw a video that said that Stitches claimed to go to some random persons house and give them 10,000, but he really just gave her 100 and asked her to be quiet about it, which she wasn't. I also saw a video that stitches threw a gold chain out a car window and one of his followers went and found it and found out that it was actually hella fake. But I don't know. Dude is like 20 years old tho so he's a kid like Jake numbers. The whole fight is probably some sort of scam though. A friend did a video with him a while back when he was in Edmonton tho, see my sig to see that.
Props: DuceTheTruth, DuceTheTruth, siccmadesyko and 9 others

Fucky McFuckerson said:
I dont think he is that big, but he is a bulky dude. But he cant fight for shit from what we have seen thus far...
Click to expand...
I wanna see you fight him! Siccness Exclusive!

He looks like he might be kind of a big dude. More importantly, he looks like the type of dude that would bite your ankles or anything else he can when he was losing.
Props: DuceTheTruth and DuceTheTruth

Coach E. No said:
He looks like he might be kind of a big dude. More importantly, he looks like the type of dude that would bite your ankles or anything else he can when he was losing.
Click to expand...
Glass chin tho

Whole thing is a set up. Hella fake. I guess props on trying to find a way to exploit the fact he got his ass beat and turned into a giant joke.
Props: EVERgREENRIDER, EVERgREENRIDER, BO$$ and 3 others

Stitches is bulky as fuck but he ain't bout that action, I saw that video where his two boys ran up on him talking about stitches tryna get him robbed.... That boy was eating hella punches with no action took
Props: Unknownn, Unknownn, DuceTheTruth and 5 others

2-0-Sixx said:
Glass chin tho
Click to expand...
Wouldn't surprise me, I don't know anything about him. Knowing my luck, I'd be the guy to get folded on a lucky punch by a dude with a glass chin with no chance at a rematch.

Fuck, I hope he gets KO'd again. Maybe he will shut the fuck up after that.
Props: DuceTheTruth, DuceTheTruth, BO$$ and 1 other person
B

From what Harvey was saying, looks like wack100 might be 5'8" and Stitches being somewhere in between the height of wack100 and the Game.

It would be hella funny of all this does go down and stitches gets the shit kicked out of him again on camera haha. Getting his as kicked can just be his thing. He can join the circus travel the country getting his ass kicked. He can be the Washington Generals of rap battles lol. He reminds me of that in living color skit with the boxer who kept getting knocked out with one punch

Stitches and his friends fighting a bunch of high school kids