So who else is voting for Trump again ?

me to Big Chill! he is awesome man

Fuck that peckerwood Trump. He a bitch!

BIGCHILL said:
Hey Joker, do you think a rapper will ever run for president? If so who would you like to see run??
Click to expand...
Yeah I would like to see a rapper run. I think E 40 would be good. Id hella vote for him.

that's what I'm talking about! Trump is the best man lol

StillHustlin said:
In September 1922 the Fordney–McCumber Tariff(named after Joseph Fordney, chair of the House Ways and Means Committee, and Porter McCumber, chair of the Senate Finance Committee) was signed by U.S. President Warren G. Harding.[1] In the end, the tariff law raised the average American ad valoremtariff rate to 38 percent.

Trading partners complained immediately. Those injured by World War I said that, without access by their exports to the American market, they would not be able to make payments to America on war loans.

But others saw that this tariff increase would have broader deleterious effects. Democratic Representative Cordell Hull said, "Our foreign markets depend both on the efficiency of our production and the tariffs of countries in which we would sell. Our own [high] tariffs are an important factor in each. They injure the former and invite the latter."

Five years after the passage of the tariff, American trading partners had raised their own tariffs by a significant degree. France raised its tariffs on automobiles from 45% to 100%, Spain raised tariffs on American goods by 40%, and Germany and Italy raised tariffs on wheat.[2] This customs war is often cited as one of the main causes of the Great Depression.
Click to expand... 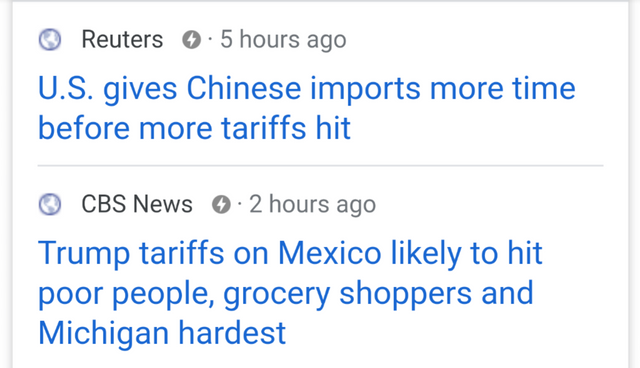 right after i inject myself with two marijuanas
Props: RemyRoux

Ok well another term of Trump would be great!

Trump is a big orange douche so not no but fuck no. Fuck that puto.

lol so you guys are voting for Biden?
he promises to cure cancer if he wins.