Feel free to post photographs. No real restrictions just use your best judgment and try not to post anything too graphic.

All of the photos I'm about to post are all political. Please do not feel restricted to political pictures, anything and everything is welcome!

If possible, please include a brief description of the photo.

This picture is of a Hutu in Rawanda. He was slashed by his fellow tribesman for not supporting a massacre. 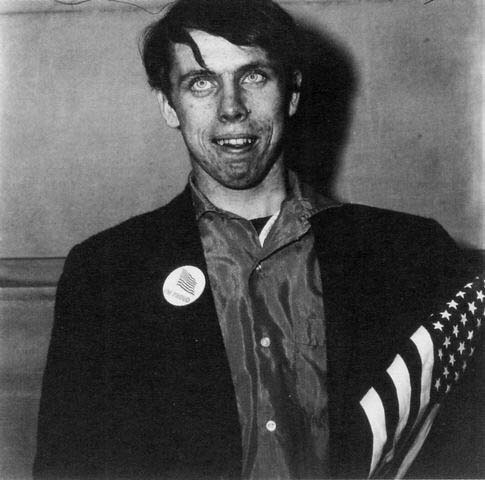 Her family 'accidentally' shot and killed as they approached a US convoy. 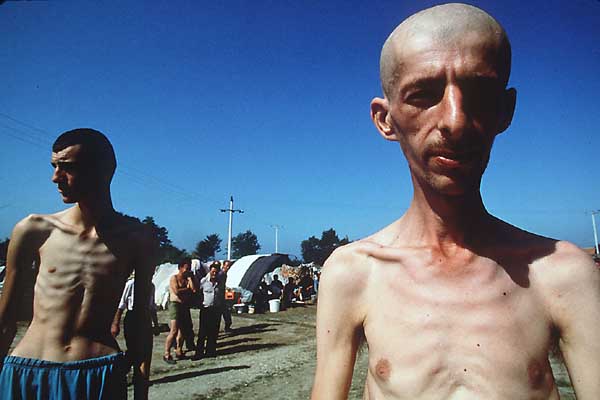 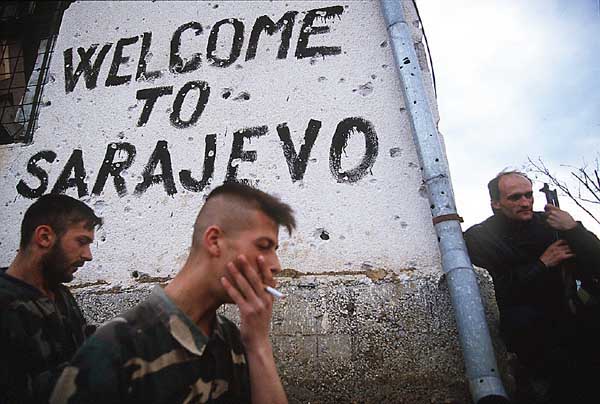 Bosnian forces on the front lines around Sarajevo. Bosnia 1994 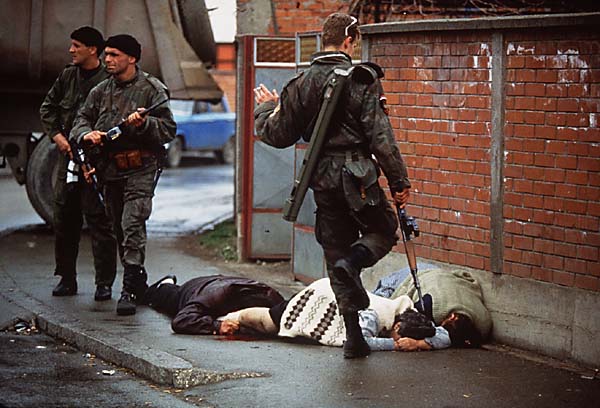 A Serbian paramilitary commando with the bodies of just executed Muslim civilians during the first battle in Bosnia. Bilijenia 1992 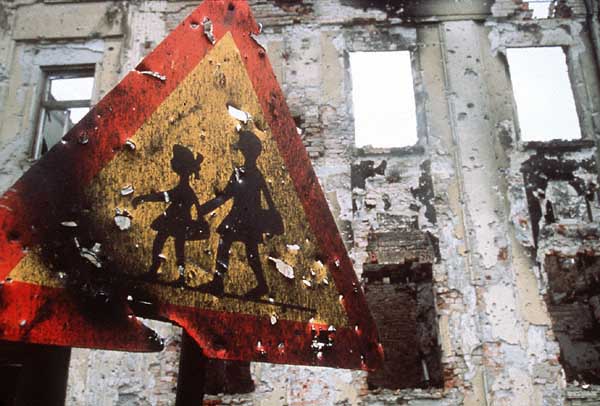 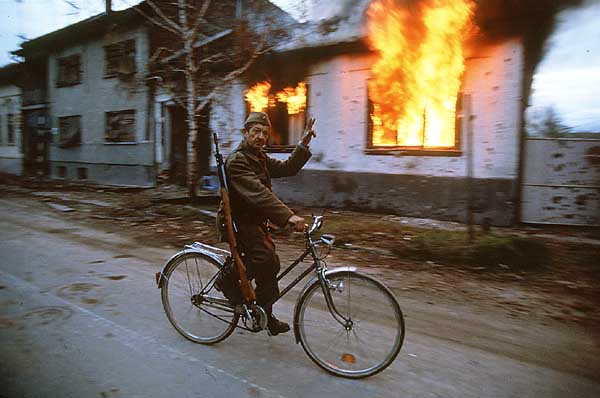 A Serb soldier flashes a Christian sign with three fingers meaning 'The Father, the Son and The Holy Ghost'.. Croatia 1991 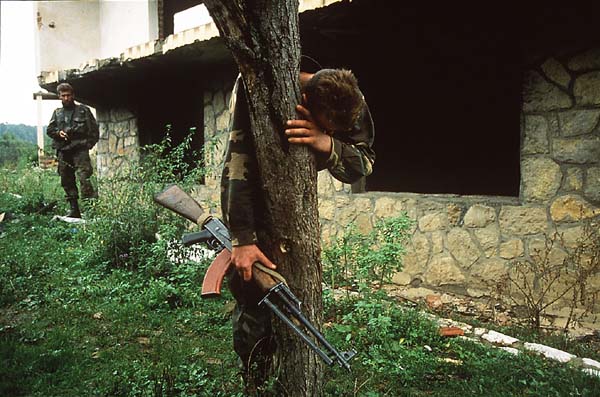 The only survivor of his Muslim village returns home after recapturing it from Serbs. Bihac Region 1995 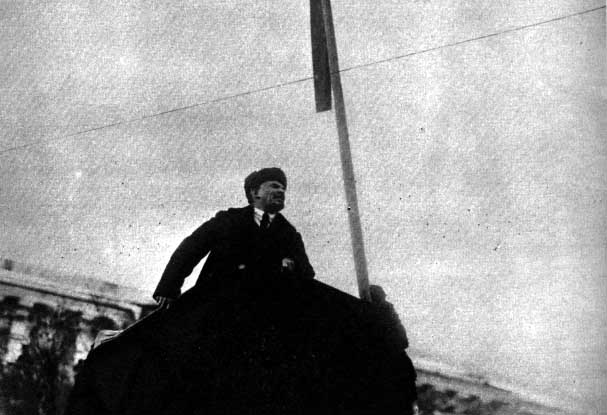 Riot Police after being hit by a Molotov Cocktail.

Raising soviet flag, after Berlin fell to the Russians.

"Bloody Sunday" January 30, 1972, was one of the most notorious events of the Troubles in Northern Ireland. British troops opened fire on a crowd of civil rights protesters, killing 13 people.

2 boys, ages 16 and 18, being hanged in iran for being homosexual. (Date unknown) 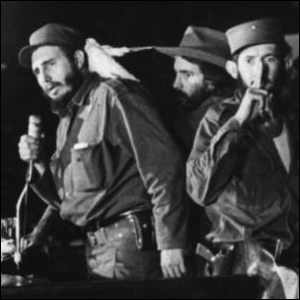 A dove lands on Fidel Catro's shoulder after the Cuban Revolution.

Iran Iraq war. Picture is taken from the Iranian side.

Palestinian school children display a Palestinian flag next to the Israeli barrier in the West Bank town of Anata October 4, 2005.

Priests give Hitler salute at a Catholic youth rally in the Berlin-Neukolln stadium in August 1933.

Pope John Paul II accompanied by President Bush points to Lake Albano, during their first meeting at the Pontiff's summer residence in Castel Gandolfo near Rome. 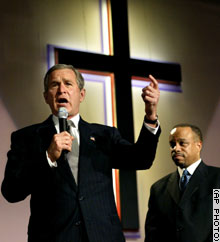 President Bush speaks at the First Baptist Church of Glenarden in Landover, Maryland. Looking on is Pastor John K. Jenkins.

Match made in heaven:

Probably the most powerful picture I have ever seen:

Who was Thich Quang Duc, one might ask: The Self-Immolation of Thich Quang Duc – “One day in early June, 1963, a 73 year old Buddhist monk named Thich Quang Duc stopped in a busy street in Saigon, the Capital City of South Vietnam”...and, he then sat down in the...“busy downtown intersection and had gasoline poured over him by two fellow monks. As a large crowd of Buddhists and reporters watched, he lit a match and, over the course of a few moments, burned to death while he remained seated in the lotus position.”

“As he burned he never moved a muscle, never uttered a sound, his outward composure in sharp contrast to the wailing people around him.”