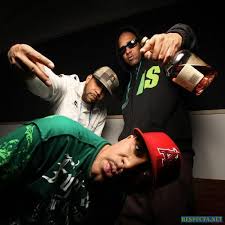 “Tha Alkaholiks” are a legendary name in annals of hip-hop history. From numerous classic albums, to epic collaborations with the likes of Snoop Dogg, Wu-Tang, and more; Tha Alkaholiks have paved the way for many of the “lyrical” West Coast emcees you hear today.

Now fans finally have the opportunity to see the iconic hip-hop group behind-the-scenes, in rare form. The official “Alkaholiks” is coming soon! See exclusive interviews, never before seen footage, and video of Tha Alkaholiks rocking arenas worlwide! This is a must-see. Check out the teaser trailer for feature documentary on the lives of the members of the 1990’s rap underground icons, Tha Alkaholiks below; courtesy of Vidal Marsh and
8th Wonder Media Group