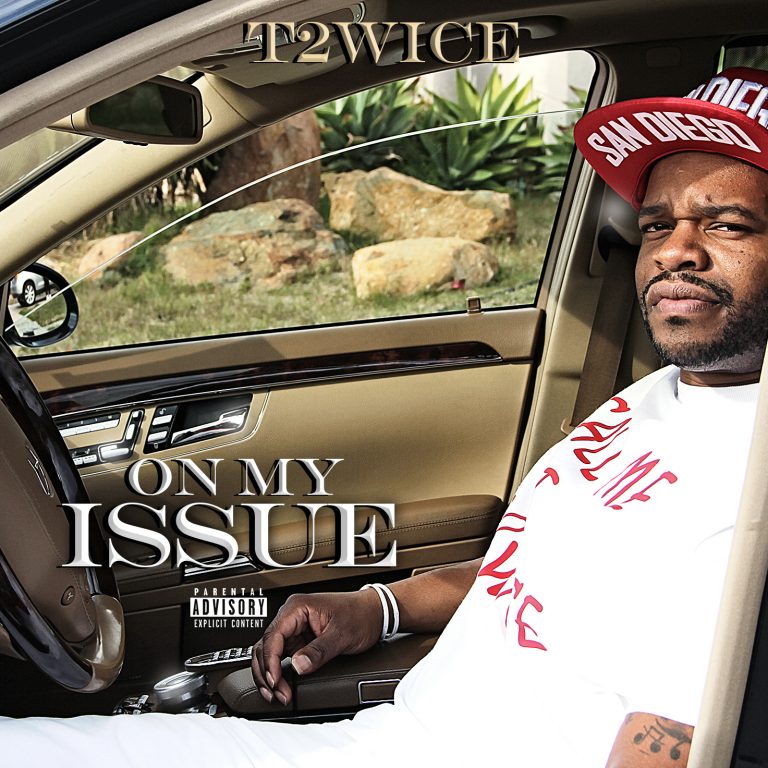 After nearly a year, a few features,some shows & visuals TTwice is back with his new album tilted “On My Issue”

Twice mixes it up. On joints like,”Counting Bands” ft Effn McCoy the metephoric word play is very nice from both artists over the Kid Flash beat. There are some rough spots on the album where Twice didn’t keep up with himself, hooks that just didn’t add up with the bars. But On “Spade Game” produced by Digital Beats, Twice takes a darker concept on this record speaking on his relationship with life,and what curves it throws us. But TTwice makes it sound dope.

With a appearance from the soulful Tru7h,on “Walk Away” the two take on  relationship issues Twice is really consistent with meaningful lyrics and it slows none  here.Then there are songs like the RedRum produced “Thang On Me” Twice effortlessly explains how he isn’t caught without.Bottom line,this is a keeper.

Pre Order T2wice – “On My Issue” now on ITunes