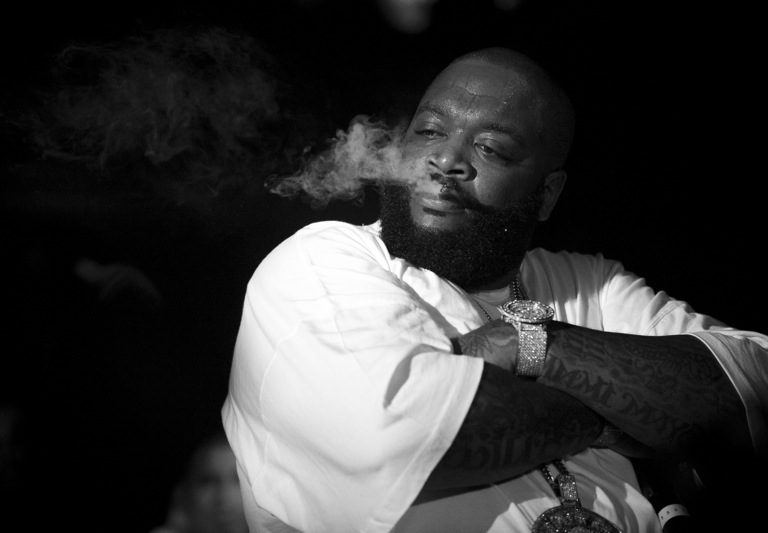 Rick Ross has teamed up with serial healthcare entrepreneur Tommy Duncan, who is on a mission to democratize telehealth.

JS PHOTOGRAPHY
For years, rapper Rick Ross has built his fame on lyrics that glorified the “hustle, hustle, hustle hard” lifestyle. In addition to countless hits and founding his own label, Maybach Music Group, the record executive and onetime Forbes Hip-Hop Cash King also owns 24 Wingstop franchises across the South.

But his latest venture reflects a new chapter in Ross’ career—a desire to rediscover his path to wellness with a $1 million investment in Florida-based telehealth startup Jetdoc.

“I’ve been healthy, an athlete, my entire life,” says Ross, 44 (born William Leonard Roberts II). “But me becoming an artist, me traveling, flying five times a week, up in the studio, up to 20 hours a day, it actually took a toll on me.”

“I’ve addressed and adjusted certain eating habits, [and] of course, my sleeping habits, which was my largest fault,” says Ross.

He suffered from a seizure in 2011, then another in 2018 that left him hospitalized for nearly a week. “I had a seizure on a private jet. Forty-five minutes later, I was on a jet, flying off again,” Ross recalls. “I had another one, where I woke up in a situation that I couldn’t just walk away from.”

Ross believes aligning himself with ventures like Jetdoc is a great way to maintain his newfound commitment to a healthy lifestyle.

JS PHOTOGRAPHY
For Ross, 2020 was a transformational year, health-wise. “I’ve made up my mind; I’ve lost 80-plus pounds,” he says. “I’ve addressed and adjusted certain eating habits, of course, my sleeping habits, which was my largest fault.” So investing in Jetdoc was also a way to commit to his own wellness.

Founded by Detroit-based healthcare entrepreneur Tommy Duncan last year, Jetdoc is structured as an online health club offering virtual doctor visits for $20, or a $10 unlimited monthly membership. (Health insurance is not required.) Jetdoc members also get a discount card that offers up to 85% off retail prices for prescription medication at most major pharmacies.

The 41-year-old Duncan, who invested $5 million in Jetdoc, previously founded Trusted Health Plans, a platform serving Medicaid enrollees in Washington, D.C., which he sold to BlueCross BlueShield in January 2020.

The Florida-born rapper says being an investor as well as a beta member of Jetdoc is key to maintaining his new lifestyle. “I gotta have a doctor right here at my fingertips,” he says. “If I’m feeling dizzy, short of breath, I might just need a word of their advice.” He lists another way telehealth benefits him: “Being a celeb, privacy is a huge thing. Instead of walking into a doctor’s office and ending up on TMZ . . . I could just get it over the phone.”

Duncan met Ross through mutual friends and learned they were more similar than either expected. Says Duncan, “I had a stroke when I was 30, and, despite working in the industry, I still had difficulty in getting proper care.” Jetdoc is available in Florida but will launch in other states including Georgia and Washington, D.C., in 2021.

[?IMG] The beta version of Jetdoc has launched in Florida. Duncan is gearing up for a national rollout this year.

JS PHOTOGRAPHY
The startup is operating in a nascent yet already competitive field with larger players such as Hims, as well as Ro. As Forbes reported, the latter locked in $200 million in series C funding, the largest telehealth fundraise last year. There were roughly 24 telehealth deals in 2020, valued at nearly $1.5 billion, according to PitchBook, a private capital market data company. In 2019, there were only 12 deals valued at just $384 million.

Unlike most telehealth companies that focus on women, Jetdoc targets men, and was specifically designed to give underserved communities and people of color better access to urgent care and preventive care.

[?IMG] “I gotta have a doctor right at my fingertips,” says the rapper.

Jetdoc
“Being a young black male, I was never accustomed to going to the doctor. I always felt it was a huge inconvenience,” says Ross, a father of four.

“Most people of color in these neighborhoods, one in five people end up having type-two diabetes. So dialysis, poor quality life and after that, maybe a transplant. And we have to do something about it,” says Duncan, a new parent. According to the Department of Health, diabetes is 60% more common in African-Americans.

“The way people can change that healthcare trajectory is to know their numbers,” says Duncan, referring to one’s blood glucose and cholesterol levels, as well as blood pressure and BMI. He says having Ross on board is key to communicating this message to his target market. The hip-hop artist will appear in Jetdoc’s ad campaigns and activations designed to educate new communities about the benefits of telehealth. “Rick Ross has been a unique individual, particularly from the African-American community, where we don’t talk about our healthcare issues publicly. We only deal with those things privately. And I commend him for having the courage, the leadership, to speak about his issues publicly.” In his 2019 memoir “Hurricanes,” Ross chronicles intimate details of his health struggles including substance abuse and the aftermath of his seizures.

“In the middle of a pandemic,” Ross asks, “what can be more important than prioritizing healthcare?”

There is a trend of celebrities getting into telehealth, most notably Michael Phelps as spokesperson for Talkspace, which connects users with therapists. And last July, Jennifer Lopez and Alex Rodriguez partnered with Hims & Hers, a telemedicine startup.

But for Ross, Jetdoc’s mission strikes an emotional chord, especially after meeting so many fellow African-Americans in the lobby of his doctor’s office. “I heard so many comments from older people, from some who didn’t recognize me to younger people who did recognize me, and we’re both sitting there like, ‘Yo, what are you here for?’ And some of the stories just touched me.” After learning of the common plight to find affordable healthcare, he thought, “If there’s anything I could do, I would love to play a small role in that … and I thank the homie, brother, Tommy Duncan, for giving me this opportunity.”

[?IMG] Both Duncan and Ross learned they had plenty in common, including suffering from burnout and seizures.

JS PHOTOGRAPHY
Industry analyst Craig Settles says Jetdoc’s model can benefit low-income communities, but racial disparities in healthcare, as an issue, is extremely complex and multi-faceted. “There is a general distrust among African-American people; they don’t trust the healthcare system in general,” says Settles. “They have examples going back to slavery where we got bad health care, we were the victims of various types of experimentation and so forth.” According to a study by the Kaiser Family Foundation, 23% of White men say they don’t have a personal doctor, compared to 31% of Blacks, 47% of Hispanics, and 36% of Native Americans.

While Jetdoc is up against much larger telehealth players, Rick Ross says these trends ultimately spurred his investment. “What I did as an entrepreneur was once again spread my wings… and being in the middle of a pandemic, what can be more important than prioritizing healthcare?”

While health scares have forced Ross to reassess his “hustle hard” mindset, he believes healthier lifestyle choices and alignment with ventures like Jetdoc, will, in the long run, keep him “rich forever.”