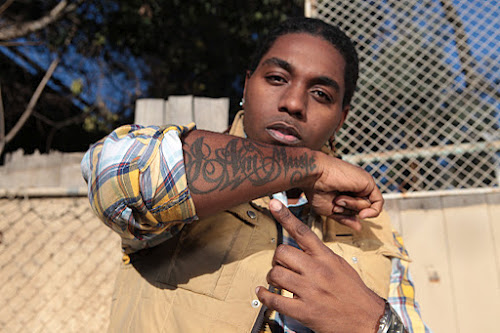 In Bay Area hip-hop, where San Francisco, Oakland, Richmond and Vallejo reign supreme, a producer from San Jose united the region and became a key architect of one of its most notable musical movements: hyphy. The party-centric subgenre became the Bay Area’s signature sound in the 2000s, and wouldn’t have been possible without Traxamillion’s uptempo, bass-heavy production on essential tracks like Keak Da Sneak’s “Super Hyphy,” The Jacka’s “Glamorous Lifestyle” and Traxamillion’s own “Sideshow,” featuring Too $hort and Mistah F.A.B.

Traxamillion, born Sultan Banks, died at the age of 42 on Jan. 2 at his aunt’s home in Santa Clara, where he was receiving in-home care for nasopharyngeal cancer. He is survived by his 19-year-old son Elijah Banks, his father Darryl Cudgel and countless friends and collaborators from the Bay Area hip-hop community, where he was a key figure.

“It’s my loss—it’s every rapper, it’s everybody in the Bay—it’s all our loss,” says Too $hort. “It’s a family, it goes generations. And he was a real member of that family.”

“He really left his impact on the culture, on the music we listen to, what we like, our style of music. You know, the whole hyphy movement,” says Keak Da Sneak.

“Rest in heaven, man, Trax, we love you,” he continues. “You’ll always be in our hearts, you’ll never be forgotten. We made history together.”

Born in Newark, New Jersey and raised in San Jose from the age of nine, Traxamillion began making beats at 12 years old on a keyboard his grandmother gave him for Christmas. “I used to listen to the radio all the time and just play the songs on the radio,” he said in 2016 during a music workshop for youth at the San Jose Public Library. “That’s how I really learned how to make beats. I felt like I was able to get a peek inside [the artists’] mind and how they did this.”

Traxamillion was just 14 when he showed up to a backyard MC battle in San Jose and promptly blew away the competition, according to Demone Carter, now a co-host of the rap podcast Dad Bod Rap Pod. Soon after, Traxamillion recorded a diss track in his bedroom to another rapper in town, then showed up to school with hand-dubbed cassette tapes of the song, and handed all 20 or 30 of them out to fellow classmates.

“I know he is renowned as a producer, but his rap chops are fuckin’ incredible. He had the rhythm, and the cadence, and the voice,” says Carter. “You could hear the musicality in his raps.”

Before long, Traxamillion was producing and rapping alongside Carter and Jesse Jones in a group called Lackadaisical, heavily inspired by Oakland’s Souls of Mischief and fellow San Jose crew The Dereliks. One of the few hip-hop groups in San Jose at the time, Lackadaisical played pep rallies, art galleries and downtown clubs, and recorded an EP that Traxamillion co-produced.

“We were super young, didn’t have any production equipment, and he was making pause-loop tapes that we would rap to,” says Carter. “Even then, he had a vision. He wanted to go somewhere with the music—as we all did at that time, but you could tell, internally, he had it, and he wasn’t afraid to own it.”

After Lackadaisical disbanded, Traxamillion set his sights beyond the underground scene. With an eye toward the millennial success of producers like The Neptunes, Traxamillion bought new equipment and evolved his production style, combining the high-energy Latin freestyle he’d heard growing up among San Jose’s immigrant communities with the futuristic knock of Timbaland.

“Back in the hyphy movement, one of the main conversations going on was, ‘We need to be able to compete on a national level.’ A lot of other regions had their producers, and we had ours, but there had been a lull in the Bay Area,” remembers fellow hip-hop producer Trackademicks, who came up with Traxamillion in the early 2000s. “It was time for new folks. … Traxamillion was kind of the big breakout for the hyphy movement.”

A key architect of hyphy

One night at a party in San Jose, Traxamillion watched people doing a new dance with a particular manic energy. “So I was tryin’ to figure out a beat that went with that while they was in the room dancin’,” Traxamillion told Dad Bod Rap Pod podcast in 2018.

“He really left his impact on the culture, on the music we listen to, what we like, our style of music. You know, the whole hyphy movement.”Keak Da Sneak

He knew the beat was special, so he waited outside the stage door after a Keak da Sneak show and passed him a CD. Keak nodded and continued to his van. A few months later, in 2005, Keak’s recording of “Super Hyphy” became Traxamillion’s first hit—and a tectonic shift for Bay Area hip-hop. The song not only coalesced new, frenetic musical ideas bubbling in the region, it coined an entire era.

“When I first met Keak, he told me, ‘Man, your beats and my voice—it’s a marriage,’” Traxamillion told San Francisco Bay Guardian in 2006.

“Super Hyphy” hit No. 40 on Billboard’s Rhythmic Top 40 chart, and took a local movement to the national stage. Propelled by Traxamillion’s production–along with that of Rick Rock, The Mekanix, Droop-E, Sean T and others–hyphy became the West Coast’s answer to Atlanta’s crunk sound that dominated the airwaves at the time.

“The impact of that song—that song will never die,” says Keak Da Sneak, adding that he and Traxamillion continued to work together throughout the years and have unreleased music in the pipeline.

“We always had fun doing music,” he says. “We would get in there and it would turn into something, you know what I mean. A lot of people don’t just got that ability to always come up with something good. This is a chemistry.”

“Traxamillion the composer created sonic adventures that exemplified Bay Area culture,” Mistah F.A.B. says via text message. “I will forever be in debt for what he did, not only for me personally but his role in the elevation and recognition of my region. Stanley to Sultan, thank you for being a friend … way deeper than music.”

Traxamillion’s mid-2000s reign continued with The Jacka’s “Glamorous Lifestyle,” and his 2006 album The Slapp Addict—with vocals from Turf Talk, Zion I, Too $hort, Keak Da Sneak, Mistah F.A.B. and his own raps—is considered hyphy music canon. But his output never slowed. His 2016 album, The Tech Boom, put the spotlight on his hometown, San Jose.

“He was a legend in San Jose,” says friend and former manager Kevin “K9” Pringle, adding that Traxamillion would also make sure people outside of the city knew where he was from. “During the hyphy days everyone assumed he was from Oakland, and he would always correct them. ‘No, I’m from San Jose.’”

Through that connection to Pringle, a bond that formed around 2002, Traxamillion met Kevin Allen, formerly known as Erk Tha Jerk. “I called him the Timbaland of the Bay,” says Allen, explaining that Traxamillion was someone who could add a certain sauce to any given project.

While recording his 2009 hit “Right Here,” Allen says Traxamillion engineered the session and contributed additional vocals. “We turned a joke into a song,” Allen reflects. “I came back the next day and he added so many layers and textures and harmonies to it, it was like OK—it’s a hit.”

Traxamillion was an organized and professional producer who worked on everything from R&B tracks to an album inspired by video game sounds, but nothing spoke more to his brand than the slaps he made during the hyphy movement.

“I will forever be in debt for what he did, not only for me personally but his role in the elevation and recognition of my region.”Mistah F.A.B.

“If you’re from the Bay, Trax probably did one of the biggest songs for your city,” says manager PK, noting how impressive that was for anyone—let alone someone from San Jose. Listing popular songs Traxamillion produced for The Jacka, Dem Hoodstarz and San Quinn, PK says, “There weren’t a lot of songs on the radio from the Bay before he started doing what he was doing. It was like, if you want to get on the radio, ‘I need to get with Trax, I need to make a slap.’”

Traxamillion’s last release was his 2021 album Sirens, which featured over a dozen up-and-coming women rappers and singers. “He spoke about how women are kind of dominating rap music right now, really doing our thing,” says Qing Qi, one of the featured artists on the album. “He was like, ‘I need to get all the talented women from the Bay Area and put them together.’”

Qing Qi grew up listening to Traxamillion’s productions, and was nervous when she got to the studio. But she quickly found that he was a generous collaborator. “After I was done [recording], he was going crazy,” she says of their song together, “Big D.” “He was like, ‘Play it back, play it back! That’s a hit!’”

In a male-dominated rap scene, Qing Qi appreciated the way Traxamillion used his influence to break down gender barriers. It was an endeavor he wanted to continue. “It’s just so much more of a lane that he could have curated,” she says.

Traxamillion continued to branch out and work with national acts. In 2020 he produced City Girls’ “Broke N—-s” featuring Yo Gotti, and last year he was the maestro on E-40’s track “I Stand On That” featuring Joyner Lucas and T.I. PK says that Houston’s Paul Wall also has a forthcoming project entirely produced by Traxamillion and well-known Bay Area producer RobLo.

And though his profile continued to grow, over the years Traxamillion kept one foot rooted in his community, working as a mentor to younger artists and high school students. “People were drawn to him and loved his music,” says PK. “He was really a better person than a producer.”

With Traxamillion’s passing, the Bay Area mourns the loss of a great. But Traxamillion’s music and influence will endure well beyond this region for years to come. “The hyphy movement will never die if you dissect and listen to the beats,” says Too $hort. “And Trax was instrumental to that evolution. I don’t know who turned me on to Traxamillion, but once they did there was no turning back.”