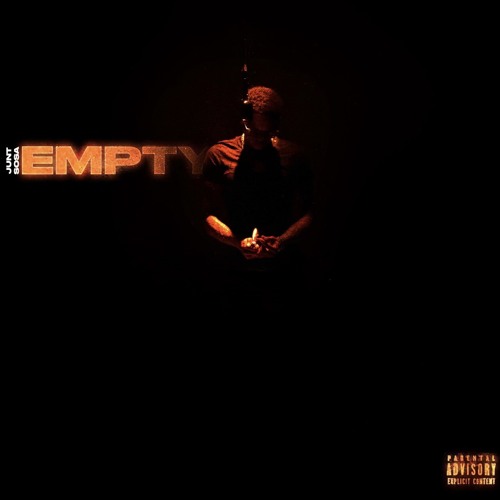 Recently Rap fans got a new single from Georgia-based rapper Junt Sosa titled, “Empty.” Hailing from La Grange, Georgia nestled between Atlanta and Birmingham, Alabama Junt Sosa brings a raw and authentic Southern-style that shows his music is about way more than the typical recount of life in the streets.
Building his buzz out of the self-described Trap County, Junt Sosa has been making music since high school and continued his pursuit of rap throughout his time behind bars. But ever since his release from prison he’s had a new reformed message for fans that doesn’t attack how they’re living, because he’s been there too.
“I did 39 months in prison, I came back just like Gucci with a whole other mindset.  Look different. Think different. Move different. Be different. I saw the next man and it didn’t really look good on him. He wasn’t as strong as I was. I just be trying to save the next lil bro from going to do some sh*t that I went through. But I’m still that same nigga. LIke ain’t nothing changed but the mindset and the way I want shit to go for my people,” Junt Sosa said.
A rejuvenated Junt Sosa is led by his new single “Empty” which is approaching 100k plays in just a month’s time and has been connecting deep down with fans that attempt to tackle their own personal challenges in life.
“The song Empty means a lot to me. I wrote that song when I was in a space where I was feeling alone by myself. It’s a lot of times when I’m feeling like I’m by myself, but I have help and I have supporters, I have people who are really there for me. But it’s like even though they’re there for me, it’s like my role is empty because things in my life ain’t as complete as I want them to be,” Junt Sosa said.