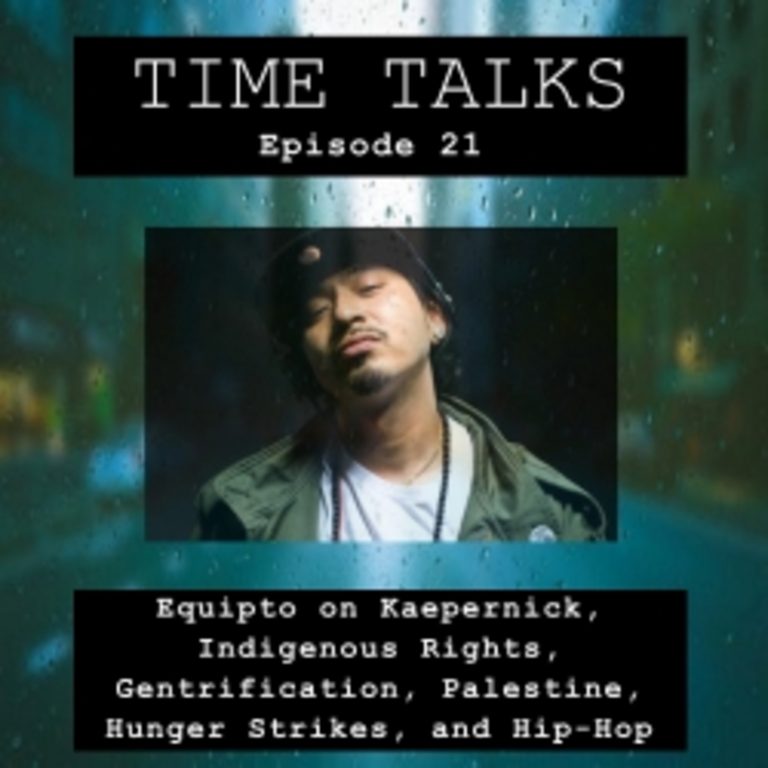 In this interview with the rapper, activist, and artist, Equipto from San Fran and the Bay Area (homelands of Ohlone), he speaks about his boycott of the NFL, Kaepernick, Indigenous land in California, the ongoing gentrification of the Bay Area and its deadly effects, his recent trip to Palestine, direct action he did against Mayor Ed Lee, hunger striking against police violence with his mother, and his journey in hip-hop, check out the full interview here: https://timetalks.libsyn.com/equipto-on-kaepernick-indigenous-rights-gentrification-palestine-hunger-strikes-and-hip-hop