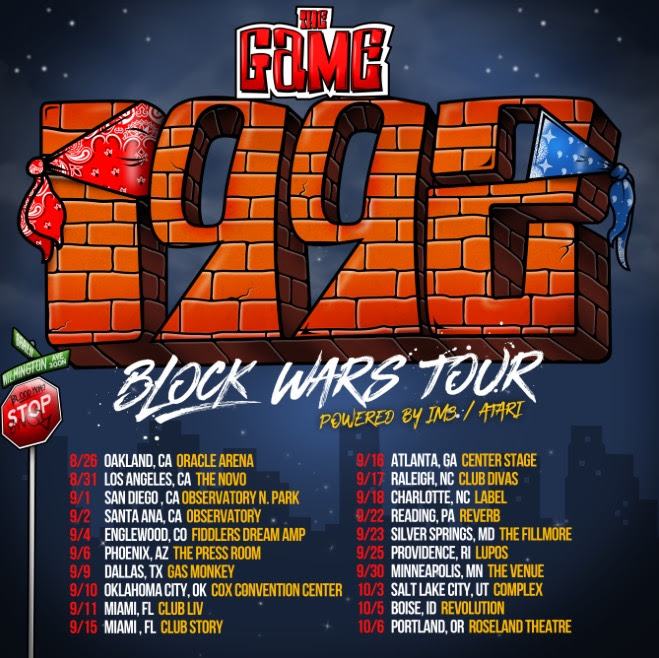 Hip Hop legend The Game is dropping 10 new tracks to accompany his first mobile gaming app called BLOCK WARS.  Click the link below to view a one minute trailer of the first video to be released from the album also titled “Block Wars”.  Block Wars: The Soundtrack is released via Entertainment One Music/Fifth Amendment/Blood Money. The Compton rapper is also set to begin touring in the in late August. Check out the schedule below.