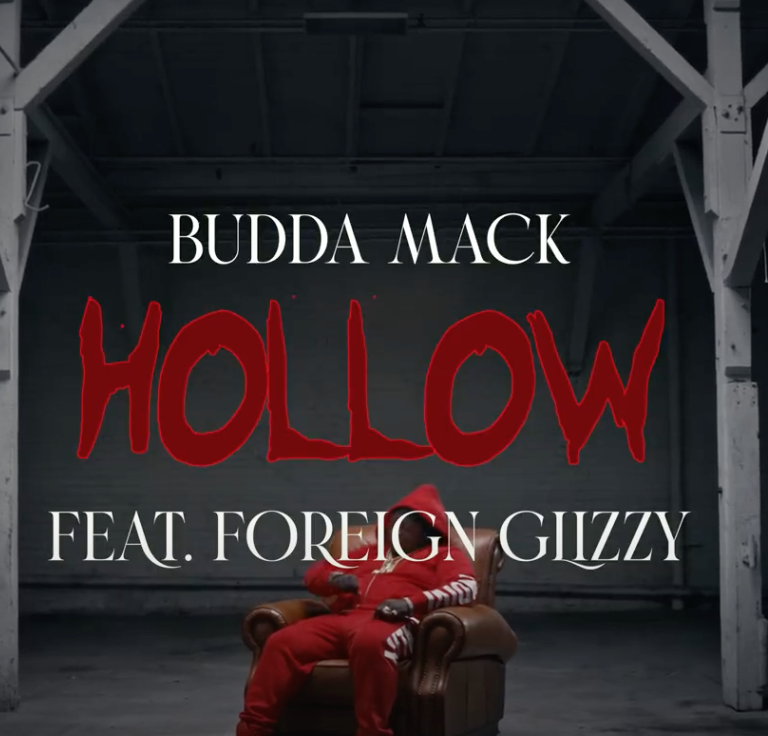 Recently Oakland rapper Budda Mack released the video for his song “Hollow” which features fellow Bay Area rapper Foreign Glizzy.  Featuring red highlights throughout the visual, Budda Mack gives rap fans in Oakland something to cheer about for years to come.
“I go by the name of Budda Mack I’m from the Bay Area, Oakland, California. I was a hype man for my brother –  he did gospel and ultimately he inspired me to be a rapper. The hype man work I did helped me get used to the crowd and really pushed me in this direction. When I turned 8 I started rapping and that’s all she wrote,” Budda Mack explained.
Themed after all the classy ladies that Budda Mack is used to seeing in the Bat Area and around the world, Budda got prominent Bay Area rapper Foreign Glizzy to join him on the song.
“The new video is for the song Hollow and it’s pretty much about wanting a bad and bougie girl but basically, just a girl that has that class and the other aspects of being classy, it don’t matter if she ratchet, she’s just that girl,” Budda Mack said. “The song has a feature from this artist named Foreign Glizzy and he’s a well-known rapper around here. Really I just want this record to break. I feel like Hip-Hop is missing something right now and I think what it’s missing is me.”
Looking foward, Budda Mack plans to continue to release singles as he follows through towards a full-length release for fans. “Hollow” is already earning spins with DJs on the West Coast and with a steady buzz online, it’s clear Budda Mack is in a good place with his music.
“I’m hoping that this record will take us to the next level and not that I don’t have other records that could do that, but I think this one is getting a great response online”
Budda Mack - "Hollow" ft. Foreign Glizzy
FacebookTwitter