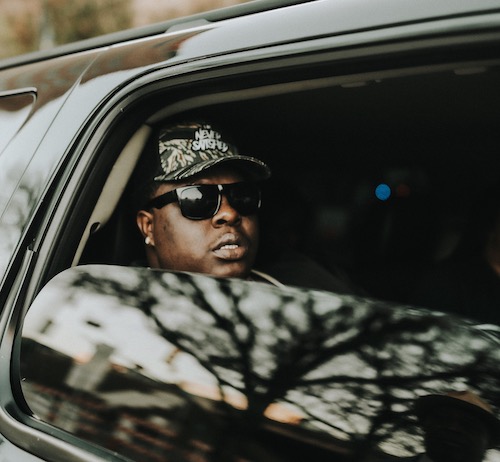 Recently Texas-bred rapper BigXthaPlug dropped his new Big Stepper EP along with his new visual for the new single “Active.” Delivering for fans across the Lonestar state and beyond, “BigX” has a momentum that rap fans are embracing across the city.

BigX’s first mixtape Back from the Dead and subsequent singles “Strange Fruit”, “Feeling Like Dennis”, “Mr. Trouble” and “Big Stepper” helped him gain significant attention in the online space.  But more recently, a resurgence of the single “Safehouse” created a viral moment on SayCheese and has made him relevant across a wide range of social media pages and blogs.

“So boom I’ve done a full-length project before, it was called Back from the Dead and once I got out of jail I wanted to rap so I came out with that to show I was back or whatever.  But this project is different,” BigXthaPlug said.

“Really to me it’s just about growth at this point, I’m ready for fans to hear the whole body of work and growth and that’s what I really want to show, that’s what I want everyone else to see.  I’ve been telling people that I never planned this shit, but this is what I’m supposed to be doing.   This project is something that people have been asking for and I want to make sure I give them what they want.”

Harkening back to some of the slowed-down, leaned-out Texas music Hip-Hop fans have come to love, BigXthaPlug never planned for this type of success, but now he’s well known in his city for a series of breakout hits.

Although BigX was just looking to break his own personal cycle of trouble with the law, what he found was something much greater than he could have imagined on the sidelines joking around rapping with his teammates during his football days.

“I have been rapping for a few years seriously, but I didn’t plan on doing this or going viral. When I got out last time I got out with a clear head. But, I ain’t gonna lie, I didn’t do what I was planning to do or anything like that.  I didn’t plan this or anything. I was a football player and I kept getting in trouble so I couldn’t play football anymore,” BigXthaPlug explained.

“After that, I had to find a way to bring money in because I had a baby. I had missed his birthday doing some stupid stuff so when I got out the last time I got out with a clear head.  I knew what I was doing wasn’t right and I didn’t like not waking up to my son, so when I got out I had a partner who had been doing music since we were 9 years old. That was just something we did when we were playing football, and so that’s just what I did with him. If we weren’t running drills we were on the sidelines rapping.”

With his mind set on moving forward and with a newly redefined sound, new visuals and continued support from major videographer Half Pint Filmz, BigX’s buzz is skyrocketing with even better music and visuals on the way.