Taboo (TV series) : anyone watching this?

man, two episodes in, and i think this show is going to be one of the best shows this year. shit is dope as fuck. the end of the second episode had me like damn..this dude is fucking savage. i dont even wanna give away the end to the second episode.

might be up to the third episode right now, if not, it airs on saturay.

anyone watching it?
heres the trailer, if not:

I watched the first episode and I'm gonna check out the second one tonight. Dope first episode tho. I already heard some twisted shit happens throughout the season
Props: naner12, naner12, Gas One and 1 other person

It's really good. Love what they're doing with FX as far as original TV shows go. Definitely gonna be interesting to see where it all leads and if he really came back from the dead or what are his actual ties to the dead.

Got a feeling that girl Winter may be dead, just how they had her look + the fact that she disappeared off the boat in the middle of the ocean.
Props: siccmadesyko, siccmadesyko, Gas One and 1 other person

shoot, alot of things as far as the character builds im confused about so far, im gonna go back and watch the last two episodes again and watch the third one tonight. i skimmed it, but wanna watch it in full.

im not even for sure whats up with delaney (main character) yet. witch doctor? some weird vampire? cant call it yet. im sure itll be spoken on more in the future episodes. he has some sort of connection with what looks to be....african warriors? they dont exactly look like slaves, yet it seems to be within the years of time when slaves might have existed. he's obviously not with it.

alot that i cant explain about this show yet and thats why i like it. its super entertaining.

everyone seems to be scared as fuck by his presence.
ill have to review the first two episodes liek i said though, still not sure about the comment that was made about burying his dad an extra 2-3 feet in the ground so he dosent get out. sometimes watching things a few times , you catch those things.
Last edited: Jan 22, 2017

I almost made a thread about this. I caught the first 2 episodes On Demand and I'm hooked. Shame it's only gonna be 8 episodes but quality is always better than quantity.

Tom Hardy might be the best actor of our generation and with an executive producer credit to Ridley Scott (Alien, Aliens, Gladiator, American Gangster, The Martian) was the cherry on top.

HBO and Netflix are still killing it on premium level

this nigga delaney is nuts

first he fucked his sister in some gucci flip flops, while the bitch was in a dream

well in a dream, honestly
i still dont get how bro knew
but he beat it up when she was alone asleep in the bed
i cant give the rest of the story away for those who might watch

Tom Hardy is a fuckin G. I cant wait to watch this.

^ shits been real great, im suprised more of you aint speaking on it!

bro got suuuper drunk and ate (cannibalism) a little girl in the last episode. dude is a nut. plays a great role. ive been loving this show, and im a real tough critic with shows. for instance i never got into game of thrones, so its funny i like this cuz i usually dont like "old timey" shows placed centuries ago.

super good show, and they still havent really spoke on delaneys situation, im guessing hes like a witch doctor that was taught by african shamans or what not. like he literally has supernatural powers but they seem to be based on old school african voodoo type shit. but its crazy cuz delaney is a white dude and everyone else in that area seems to hate black people except for him.

id get into this show if i were yall, im just sayin. im not one to watch some shit that isnt dope, my girl told me about the first episode and said it was gonna be dope and i been hooked ever since.

the main character is the most nutty person ive seen play a role since dude in the first season of fargo
Last edited: Feb 15, 2017
Props: infinity and infinity

I don't think he killed that little girl. That was one of the only people he actually likes. I think it was a setup to get Delaney hanged or thrown in prison. On my third watch of that episode.

Agree with Gas tho. Show is excellent and Delaney is #1 murda man. That African voodoo shit is very interesting too. Hope it gets resolved by the finale.

Final? How many episodes this season has?
Show is dope for sure 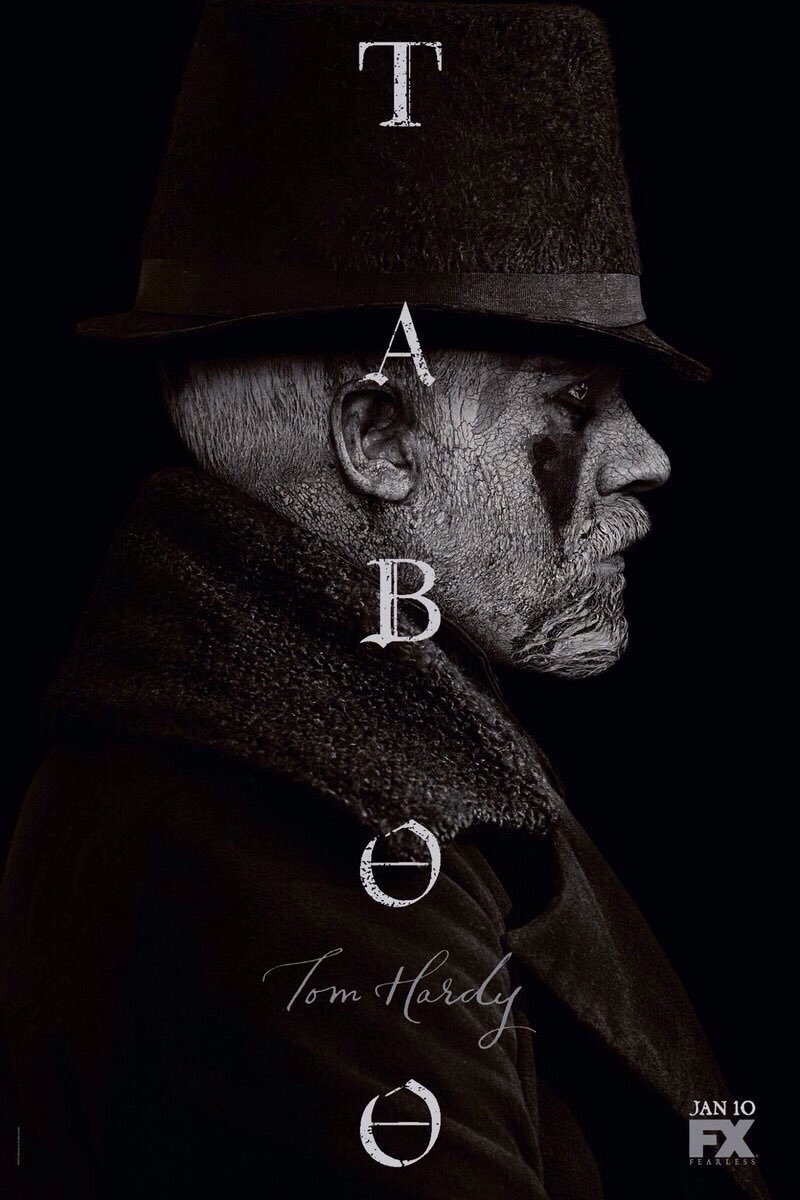 this shit is dope as fucc, by far my favorite series right now. Tom Hardy is a fuccin savage! I actually dig the time and settings, makes it a lot darker and creepier.

Did anyone finish this show. I only made it to ep. 5 or so. It got boring for me and I was struggling to finish the episodes.