My tattoo dude got popped

I don't support no chomo shit, period. All them sharks he got inked on him, in an OC jail? All bad.

Man, Woman Arrested on Suspicion of Human Trafficking Charges in Orange CountyOrange County Human Trafficking Task Force
Araceli Mendoza, 23, and Ariel Guizar, 35, were arrested on charges of human trafficking in Anaheim.
A man and a woman were arrested Thursday after officials led a three-day investigation to search for a 15-year-old runaway who was being trafficked in Orange County, human trafficking task force officials said in a news release Sunday.
Ariel Guizar, 35, and Araceli Mendoza, 23, both of San Jose, were arrested on suspicion of human trafficking Thursday evening after officers located their vehicle and two additional victims at a motel in Anaheim, according to the Orange County Human Trafficking Task Force.
Man Who Bit, Stabbed People Killed by Police
On Wednesday, concerned family members contacted the task force regarding a 15-year-old female runaway who was believed to be trafficked in Anaheim.
The task force, along with other agencies, then launched a three-day investigation throughout Southern and Central California to search for the runaway.
Crimes Caught on Camera in Southern California
Southern California Crimes Caught on Camera
She was located in Bellflower on Thursday afternoon, officials said. During the police interview, she identified at least two other young female human trafficking victims, all three of whom were trafficked by the suspect, who used threats of violence and a handgun against them, officials said.
Investigators discovered a handgun and two 19-year-old women in Guizar's hotel room, officials said.
Man Fatally Shot by Deputies in East LA
Guizar is being held on $1 million bail and Mendoza on $250,000 bail. Both were booked at the Orange County Jail for human trafficking of a minor and weapon violations.

Fuck that sick fuck. Memes been flying around instagram of dude.

94509 said:
Fuck that sick fuck. Memes been flying around instagram of dude.

Again I do not condone no chomo shit, I didn't know he got down like that. I've seen his hoes first hand at the shop and the ones he had there were of age and down to hoe themselves out.
Props: Snakegang, Snakegang, 94509 and 1 other person

S.SAVAGE said:
Ya man Instagram is judge & jury these days

Again I do not condone no chomo shit, I didn't know he got down like that. I've seen his hoes first hand at the shop and the ones he had there were of age and down to hoe themselves out.
Click to expand...
He will be slammed down with zero phone time 24/7.

my tattoo artist be bool shittin!!!
Props: Snakegang and Snakegang

S.SAVAGE said:
Ya man Instagram is judge & jury these days

Again I do not condone no chomo shit, I didn't know he got down like that. I've seen his hoes first hand at the shop and the ones he had there were of age and down to hoe themselves out.
Click to expand...
Word. He is a dope ass artist, waste of talent now tho.
Props: Snakegang, Snakegang, BO$$ and 3 others

Got word dude got lied on, that the 15 year old wasn't even with them, & it was all hearsay. She apparently wasn't caught with dude.

Again, hearsay. Supposedly gonna be out in a week
Props: Snakegang, Snakegang, TLALOC and 5 others

DEA said:
I know I might sound goofy for asking but was just wondering ur opinions. But ill just ask as is. My old roommate I used to make music with (five hunnet) got charged with human trafficking and sexually abusing a minor and to me its all bad but I asked my friends opinion and he said it depends because some would look at it like she out there doing it either way so if he don't do it the next nigga gon do it.

If convicted, Guizar faces a maximum sentence of 45 years to life in state prison and mandatory lifetime sex offender registration. Guizar and Alvarez are scheduled to be arraigned Feb. 17, 2016, in Department CJ-1, Central Jail, Santa Ana.

Circumstances of the Case

Guizaris accused of being a human trafficker/pimp and Alvarezis accused of aiding and abetting Guizar to carry out the crimes as well as working for him as a prostitute and recruiting other women to prostitute for Guizar. In the pimp/prostitution subculture, pimps exploit women and/or children for financial gain often assign ranks to the women they exploit. The victims are often required to turn over all payment they receive for sex acts from sex purchasers to their pimp. Failure to follow these rules can result in physical and/ or emotional abuse. Alvarez is accused of being the highest-ranking of Guizar’s prostitutes.

During that time, the defendants are accused of pimping Jane Doe 2, Jane Doe 3, and Jane Doe 4 in Orange County and taking the money that the victims received from sex purchasers for commercial sex acts. The defendants are accused of renting motel rooms for the victims to use to engage in commercial sex. Guizar is accused of being the caretaker of 4-month-old Baby Doe and endangering the infant by using methamphetamine in a hotel room in Orange County.

On Feb. 10, 2016, family members of Jane Doe 1 contacted their local police department to report their concerns about the victim. Members of the Orange County Human Trafficking Task Force (OCHTTF) began investigating this case, and with the assistance of the Los Angeles Regional Human Trafficking Task Force, Federal Bureau of Investigation (FBI) Innocence Lost Task Force, and Anaheim Police Department (APD), located Jane Doe 1 in the city of Bellflower. Further investigation resulted in information about the three additional victims in this case.

On Feb. 11, 2016, members of the OCHTTF located and subsequently arrested the defendants at a hotel in Anaheim.

Deputy District Attorney Bryan Clavecilla of the HEAT Unit is prosecuting this case.

btw gotta luv how they paint prostitutes as victims up until they charge said prostitutes for prostitution crimes
Props: kane916, kane916, Hood Rat Matt and 5 others
C

My homie got a tattoo done by him

Told me he finished the outline, told him he would be back in half an hour to finish up. He waited for 3 hours and nothing. The other tattoo artist there, told him to come back tomorrow because ariel wouldn't be returning. So that next day he came back and got his tat halfway done. That dude Ariel gets up again and bounces on him. But before leaving tells him that he has to leave and that some other girl tat artist there (forgot her name) would finish up and left right away. Apparently that girl told my homie that foo ariel has a meth problem. I told my boy he fucked up paying that foo upfront. So he pretty much got an unfinished tattoo job and had to get it done somewhere else.
Props: BO$$ and BO$$

Well I dunno nothin but what has been said, BUT I can say I've been around his hoes and they were all of age and VERY willing to be hoes. It was like a giant meth hoe party in the shop every time I was there.

Never saw Ariel with underage bitches but none of them were over 23 for sure.

With that said he did some dope work on me and never charged me a penny. 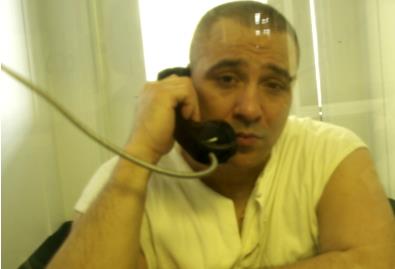 dudes ex wife is a bad one though 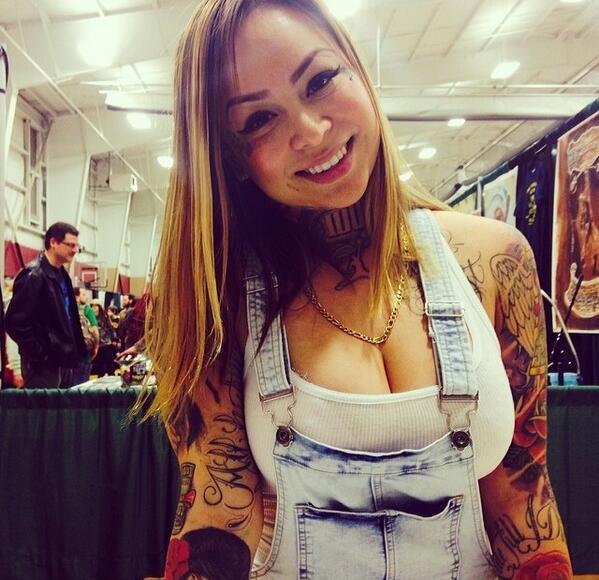 S.SAVAGE said:
dudes ex wife is a bad one though

Click to expand...
Shit I used to follow that broad on IG. She got popped for some breaking and entering or some shit and went offline for a while. She's a dope artist too.

Likwid said:
Shit I used to follow that broad on IG. She got popped for some breaking and entering or some shit and went offline for a while. She's a dope head too.

Chree said:
Fixed lol
Click to expand...
Pretty much 100% positive she don't fuck with drugs bruh bruh, not even weed.

My only thing about that chick is she caught a case with a 7 year mandatory minimum and was out in 8 months.

Likwid said:
Shit I used to follow that broad on IG. She got popped for some breaking and entering or some shit and went offline for a while. She's a dope artist too.