I've been checking out Howard Schatz' stuff, and I really like how he captures the rawness of the fighters, even in a studio setting. 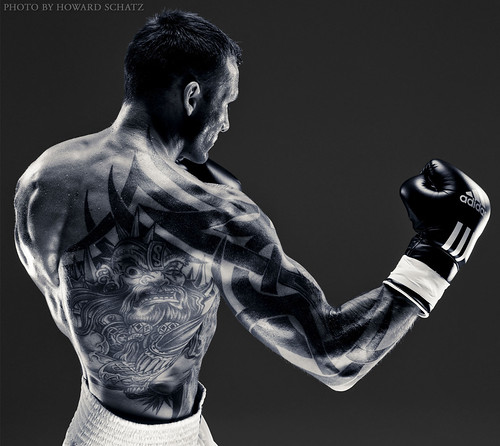 Sweat flies from Victor Galindez' head as a punch lands in his fight with Marvin Johnson on November 30, 1979 in New Orleans. Galindez was knocked out in the 11th round, losing his WBA light-heavyweight title to Johnson.

Bernard "The Executioner" Hopkins poses for a portrait after a workout at Champ's Gym in Philadelphia.

Bernard Hopkins works out in the ring alone at Champ's Gym in Philadelphia.

Michael Spinks goes down, knocked out by Mike Tyson, just 89 seconds into the first round of their heavyweight title bout in Atlantic City in 1988.

Victor Galindez sits in his corner, beaten, bloody and brutalized, after losing on a TKO in the 13th round to Mike Rossman on September 15, 1978 in New Orleans. 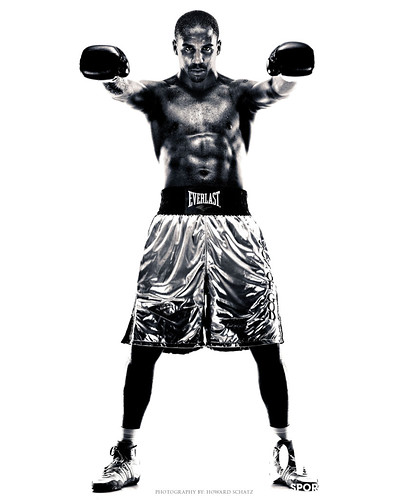 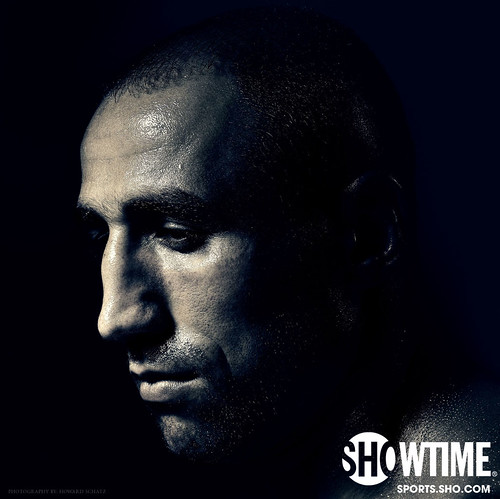 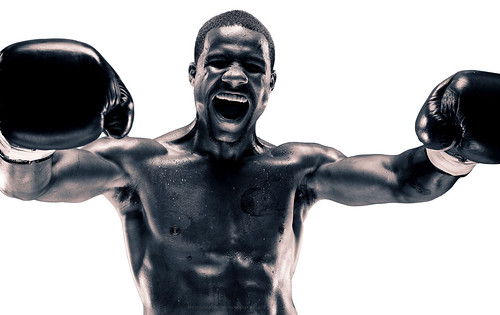 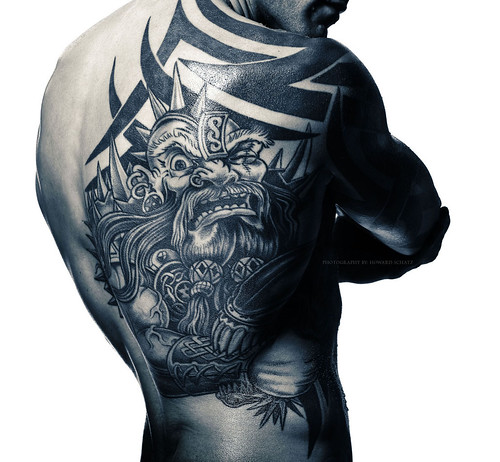 That underwater Ali one is awesome!

his pics are dope, that first pac one was is sick

Some pretty awesome pictures. I'm gonna get my brother this book called Octagon by Kevin Lynch that has some good MMA photos, no action shots tho. I found one to contribute

Krazy Horse after he KO'd Noons

Coleman with his daughters after Fedor whopped him

Nice ones B-Buzz! That Coleman one is sick. Mike Tyson watches video of a fight at the home of his surrogate mother Camille Ewald.

Mike Tyson poses outside of his pigeons coop in Catskill, N.Y.

1985 Tyson spends some quality time with his pigeons.
http://i.cdn.turner.com/si/multimedia/photo_gallery
/1002/rare.tyson.photos/images/tyson-pigeons.jpg

Tyson king for a day before taking on Tony Tucker 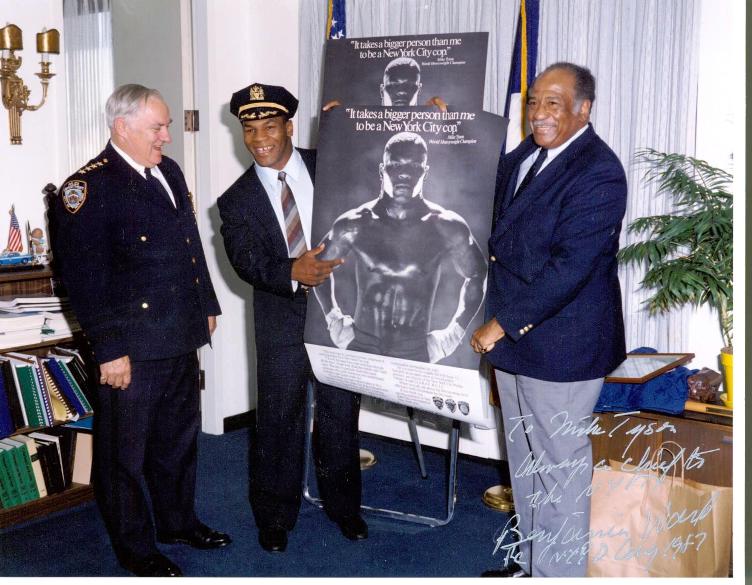 Is that Tyson with Naome Campbell?

MOREBASS said:
Is that Tyson with Naome Campbell?

That's a dope ass flick.
Click to expand...
Yeah it is. He was banging her in her prime.

"I chauffered Mike Tyson and Naomi Campbell around dozens of times during 1987. They were a strange mix. She was very polished, having been raised and educated in London. In her crisp British accent she talked down to Tyson all the time, trying to 'educate' him, correcting his grammar and teaching him manners. She also got him into a designer clothes mentality by taking him on expensive shopping trips in mid-town Manhattan, to expensive boutiques on Madison and Fifth Avenues. Until then, he had been wearing clothes bought at AJ Lester's, a sporting goods store in Brooklyn. Naomi Campbell got him into Gianni Versace, the designer for whom she did most of her modeling work. Later, his wardrobe was almost exclusively made by Versace, including $2,500 sport shirts and $5,000 leather pants. Tyson would shower (Campbell) with very expensive gold and diamond jewelry.

"There were a number of times I picked up Naomi Campbell from Philadelphia International, the closest major airport to Atlantic City. She was on a tight schedule so, instead of having time for a real date, many times I would just chauffer them to Manhattan. This gave them several hours to have sex in the back of the limousine. The movement they generated in the back of the limousine was incredible. Sometimes I thought the car, rocking and rolling, might tip over. Once we arrived at her apartment building, they would say their goodbyes.

"'You know, Mike, if it weren't for the sex, I wouldn't even talk to you,' she seemed to enjoy telling him.'You don't offer me anything else.'