I haven't read this complete thread but as an Australian where guns are completely banned and you won't find a single person who thinks civilians should be armed I've studied both sides of the argument and my stance is as follows:

1. Utopian Solution: Guns don't exist, and neither the government nor citizens (law-abiding or criminal) own guns. But since this is naive and not realistic I favour the second solution:

2. Armed citizens - and armed with military style weapons. But not to protect themselves against home intruders - mainly to protect and/or keep in check a tyrannical government.

Now you say this to anyone in this part of the world and they laugh and dismiss you as a lunatic "what are you saying? As if the government will attack it's own people" ....

Plenty of examples of this happening, and even so in recent history. I went to Cambodia two years back where the Khmer Rouge executed 3M of their own people out of a population of 8M only over a 3 year period. I walked through The Killing Field and stepped on human bones sticking out of the ground. This was late 70's, when many of the members of this board were alive. If an average citizen had an AR16 hanging on the living room wall I very much doubt the Khmer Rouge would have had the balls to enslave and execute a whole nation of people.

Look at what's happening in France now, how the armed police is beating their own people, their own taxpayers to a bloody pulp. I doubt they'd have the balls to do that if the civilians turned up in their own riot gear with the same fire-power.

Protecting against a tyrannical government and at least keeping them at bay is the MAIN reasonfor being armed. And why civilians need to be armed with the same calibre of fire power as the government.
Props: kane916, Bearfootgang and StillHustlin

It's not even just for this government fam, it's for any government and any person who puts your life at risk. The meth head or petty small time thief that breaks into your house in the middle of the night is a more likely scenario that you need a weapon to have the best odds of survival while eliminating the threat. A telephone call to 911 guarantees nothing.
Props: Bearfootgang

Rasan said:
because guns kill people?
Click to expand...
I have a few guns in my safe.......never have they snuck off and committed murder....that im aware if at least. Damn I hope guns dont have minds of their own. If guns kill ppl and should be banned, then cars kill ppl, knives kill ppl, poisons kill ppl, hammers, saws, razer blades, ropes, hands, feet, all kill ppl
Props: StillHustlin, kane916 and Rasan 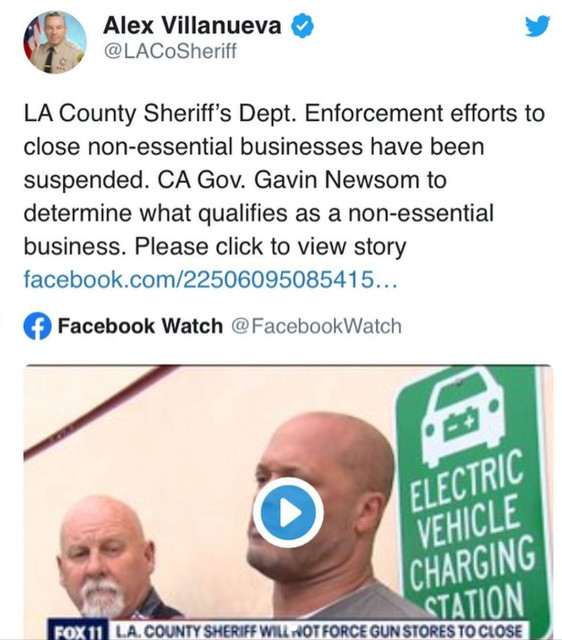 Tulsa Police responded about 6:30 p.m. Friday to the 5300 block of North Peoria Avenue for a reported shooting. A woman was found dead at the scene, according to a news release. She has not been identified as of Friday night.

A man with a concealed carry permit reportedly told arriving officers that he shot the woman after she started shooting at customers outside the shopping center.

Video reportedly showed the woman was involved in an earlier altercation in the parking lot. The woman left the shopping center and returned about three minutes later, when she pulled a gun and opened fire, according to the news release.

The concealed carry permit holder reportedly returned fire and was later questioned and released at the department’s detective division.

It's been busy round these parts 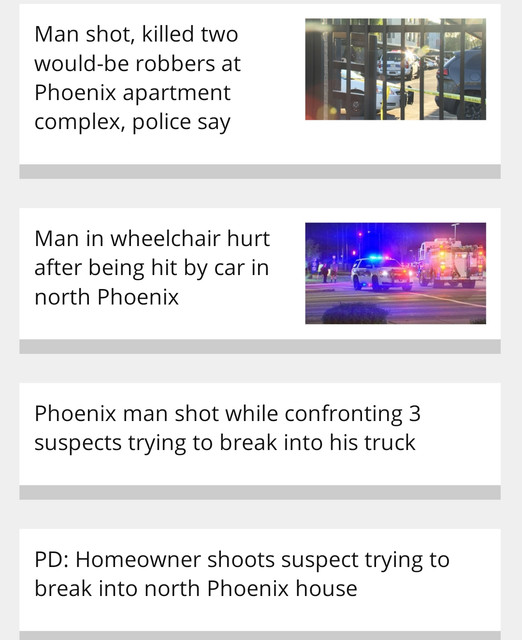 H.R. 5717 takes away your right to own a firearm unless you have a federal license