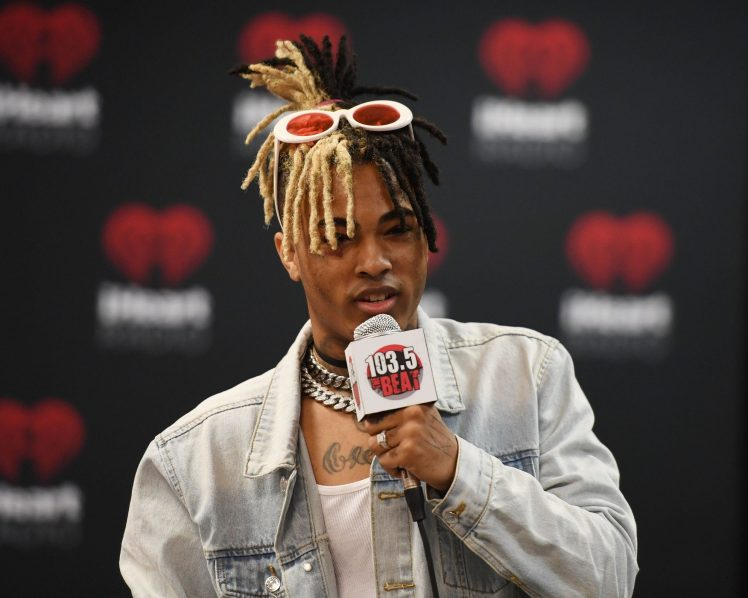 XXXTentacion has died after being shot in South Florida, according to Broward County police.

According to TMZ, which first reported the news, the 20-year-old rapper — whose most recent album ? debuted at No. 1 on the Billboard 200 (his previous, 17, went to No. 2) — was shopping for motorcycles and sitting in his car outside a dealership Monday when two armed individuals ran up to the vehicle and opened fire. At least one shot was fired before the suspects fled in a dark-colored SUV. Investigators said the encounter “appears to be a possible robbery.”

The adult male victim has been confirmed as 20 year old Jahseh Onfroy aka rapper #XXXTentacion.

Anyone with information is urged to contact #BSO homicide detectives Walt Foster or John Curcio at (954) 321-4210 or @crimestoppers2, anonymously, at (954) 493-TIPS #XXTENTACION. pic.twitter.com/J97xZ9cHHz

Representatives for XXXTentacion did not immediately respond to EW’s request for comment.

A clip posted on TMZ appeared to show the rapper — whose real name is Jahseh Dwayne Onfroy — unresponsive in the car as some witnesses tried to assist him (and others took videos). One told the website he “appeared lifeless with no pulse.” A Broward County official later confirmed to Variety that there was “a developing incident regarding a shooting” located in Deerfield Beach, about 43 miles north of Miami, in which an “adult male victim was transported to an area hospital.” Authorities confirmed Monday afternoon that the victim was XXXTentacion.

#BreakingNews #BSO is currently working an incident regarding a shooting at 3671 N. Dixie Hwy., Deerfield Beach. PIO headed to scene. Dispatchers received a call of a shooting at 3:57 p.m. An adult male victim was transported to an area hospital.