The Artifacts’ Tame One Has Passed Away At 52 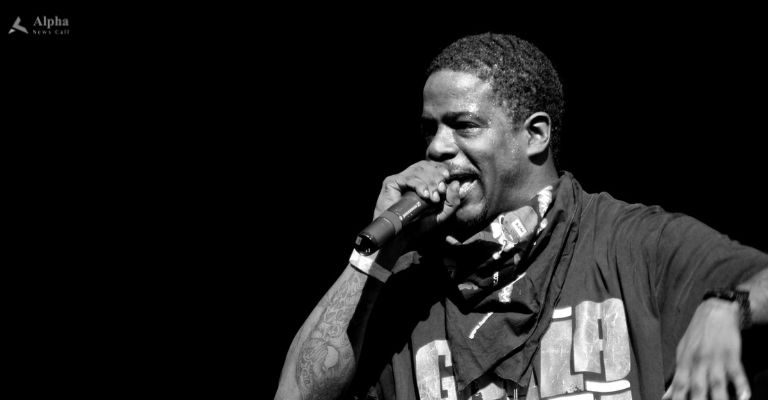 Fans and friends of Tame One have learned some additional information surrounding his recent death. The artist born Rahem Brown was mourned by his mother and other family members online. “I can‘t express this any other way,” Tame’s mother, Darlene Brown, Harris wrote in a Facebook post, as reported by NJ.com. “My son, Rahem Brown, Tamer Dizzle, is dead.”

“The medical examiner says the six pharmaceutical drugs that Trinitas hospital prescribed to him last Friday, combined with the weed he smoked over this weekend…his heart simply gave out,” she wrote. “I will not be responding to all the posts for a bit, but the hardest words I will ever post or say is, my son, my heart, is dead.”

Tame One’s history and struggles with substance abuse is well documented in his music. His Leak Bros. work with Cage was partially inspired by both men’s paths. “At the time, [Cage and I] were both [artists] on Eastern Conference Records, and we were both natural fans of each others work. We were kickin’ it, thinking of concepts and wanted to do something together. We wanted to do a collaboration and we wanted it to mean something. No just do a collabo where we try to out-rap each other or see who had the hottest 16 [bars],” he told ShaBooty in the late 2000s. “We wanted to come up with a concept of what we had in common. And we both had [issues with] uncontrolled/dangerous substances and the repercussions behind that, and we decided to get it out of our system that way, to document our trials and tribulations with it.” In that same interview, Tame admitted that unlike his former band-mate, he was not interested in a sober lifestyle.

During that interview, he also explained his Rap name. “When I first started, I needed a name that I couldn’t be instantly identified by… I used to be a real wild fool, acting up constantly. I didn’t think no one this wild would call themselves ‘a tame one.’”

As Brick City graffiti writers, The Artifacts signed to Big Beat/Atlantic Records in the 1990s. Tame was a cousin to Redman, who had supported the group’s early endeavors, with production and features. At Big Beat, they released 1994’s Between A Rock And A Hard Place and 1997’s That’s Them. Popular singles included “Wrong Side of da Tracks” and “C’Mon wit da Get Down,” from the Facts’ debut. Even though major label, both albums were influential to the burgeoning Underground Hip-Hop movement. Also known as “Encyclopedia Brown,” Tame is recognized for inventive flows, and accessible subject matter—often dealing with everyman issues. In addition to Red, Busta Rhymes, Lord Finesse, and Lord Jamar were among collaborators.

As a solo artist in the ensuing years, Tame partnered with High Times Records and later, DJ Mighty Mi’s Eastern Conference Records for releases in the 2000s that included When Rappers Attack. He would later team with Del The Funky Homosapien and Parallel Thought for 2009’s Parallel Uni-Verses. Tame also joined El-P, Aesop Rock, Cage, Vast Aire, Copywrite, Breeze Brewin, Yak Ballz, and others in The Weathermen, a super-group in the New York City underground that eventually released one full-length project, which involved Tame. As an E.C. side project, Cage and Tame 1 (as his name was sometimes stylized as) formed short-lived The Leak Bros in the mid-2000s.

The Artifacts had reunited in recent years, in the studio and on stage. The Facts’ third member, DJ Kaos passed away in 2019.