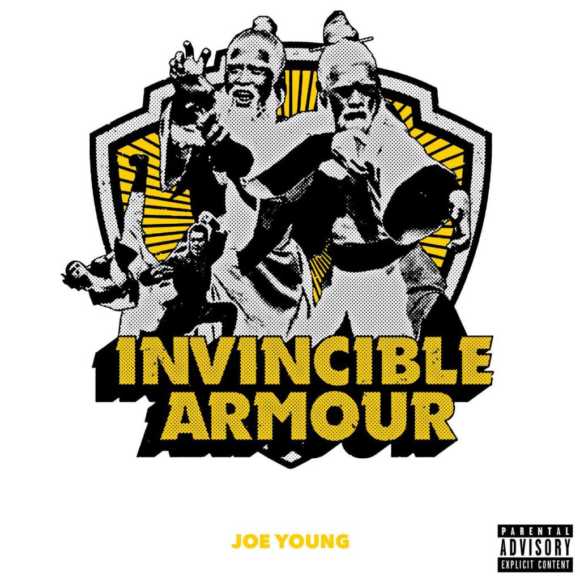 These are good times for Lovers of real Hip Hop with substance. The Lox coming back with an Album, J Cole declared War on every wack Rapper in sight and the Wu Tang Clan has groomed a Solider of their own. Over the last couple of Years, the Artist by the Name of Joe Young has learned from the Greatest Crew of all Times that the World needs something different. Taking Notes, working on his Craft beeing mentored by Cappadonna & Inspectah Deck and Restructuring Wu Wear with his Partners in Germany, Joe is set to Re Establish the Feeling we have all been missing. While the Clan is going through its own turmoil, trial and tribulations leaving Fans out in the Dry for new Music, Joe Young and Legendary Beatsmith Dame Grease came together to build a Piece of Music that will stand the Test of Time. “Invincible Armour” is the outcome. The Album features the Wu Tang elite! Method Man, Raekwon, Cappadonna, Inspectah Deck, Masta Killa & more. This Album is a testimony of Celebration, Bringing the Sound back that made Enter the 36 Chambers or Wu Tang Forever which are arguably the best Albums the Clan put out for the Fans. These 12 Songs Inclusive Skits caught the attention of Martin Shkreli as well who wanted to put in an Offer to Purchase but Joe and Dame Grease let it be known that this is for you. The Fans
Check www.Wuwear.eu[http://www.Wuwear.eu] for the New Collection
Purchase Link Invincible Armour:
https://itunes.apple.com/us/album/invincible-armour/id1162349042?app=itunes&ign-mpt=uo%3D4[https://itunes.apple.com/us/album/invincible-armour/id1162349042?app=itunes&ign-mpt=uo%3D4]Joe Young x Masta Killa “The Projects”
https://www.facebook.com/GorillaJoeYoung/posts/1770753593185756[https://deref-gmx.net/mail/client/naLZ0_rzSwo/dereferrer/?redirectUrl=https%3A%2F%2Fwww.facebook.com%2FGorillaJoeYoung%2Fposts%2F1770753593185756]