Stockton Rap Artist Young Slo-Be Passes Away After Being Shot 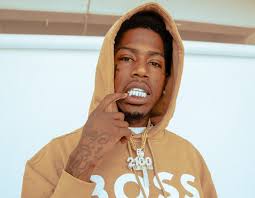 It Pain us to report that Stockton Rap Artist Young Slo-Be has passed away after suffering gunshot wounds Early this Morning. News broke online with fellow Rap Artist such as Trizz, Coldgame and others tweet “Rest In Peace”. Slo-Be who hails from Southeast Stockton was known for such hits as Smurkish Mode, I Love You, Unforgivable which featured the late Drakeo The Ruler and more. He’s also know for his work ethic and consistent releases , releasing such albums as “Slo-Be Bryant” parts 1-3, “21:42” with the late Sacramento Rap Artist Bris, “Korona” and his most recent project entitled “Southeast”.

We Here at Siccness.net would like to extend our condolences to his family, friends and fans. Rest in Peace king