Stockton Gangs Investigation Leads to 34 Arrests, Including The Arrest Of MBNel & TC Low 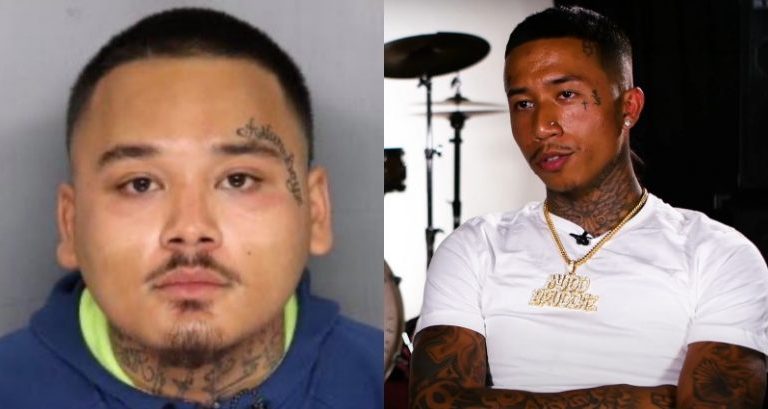 A five-month investigation into the criminal activities of Stockton, California gangs, including the Asian Boyz and Asian Crips, resulted in 34 arrests and the seizure of 38 firearms, police announced on Thursday.

Investigators in “Operation Criptonyte,” which started in June as a result of increased violent crime in Stockton, authored 55 search warrants and seized about $40,000 as well as 1 pound of cocaine, 5 pounds of methamphetamine, 1,300 ecstasy pills, and “an abundance of marijuana,” according to a statement by the Stockton Police Department.

The Stockton Police Department’s Gang Violence Suppression Unit teamed up with other agencies on Operation Criptonyte, including Sacramento, Modesto and Manteca police departments.

“These groups were working together to benefit their gangs/subsets and the Crips criminal street gang,” the police said. “During the investigation, investigators learned that some alliances have ended, and other gang rivalries started.”

One of the arrests made as a result of the investigation was 23-year-old Filipino American rapper Jhonel Dongon, also known as MBNel, who was arrested for false compartment activity and possession of a controlled substance.

In a December 2019 interview with ABC10 about his album, “Born to Win,” MBNel said his parents, who emigrated to California from the Philippines, tried to protect him from the rough streets of Stockton. But he became involved with gangs because of who he grew up with.

“My older cousins that came around were Crips in the area,” he explained. “That’s how the affiliation came. You fall into place with who you’re around.”

Since MBNel’s music career took off, with millions of streams on Spotify, he has wanted to put gang life behind him.

“I’ll be damned if I throw away something that’s positive going on for me,” he said.

Matthew Llewellyn, MBNel’s manager at Supervsn Studios, told NextShark in a statement that the rapper is doing well and is currently on bail.

He’s working hard on his upcoming album and appreciates the love and support from fans. We have no further comments at this time,” Llewellyn said.

He was already at the San Joaquin County Jail on unrelated charges when he was arrested for two different shootings on Feb. 22 and April 19, ABC10 reported.

According to police, more arrests in the operation are expected.