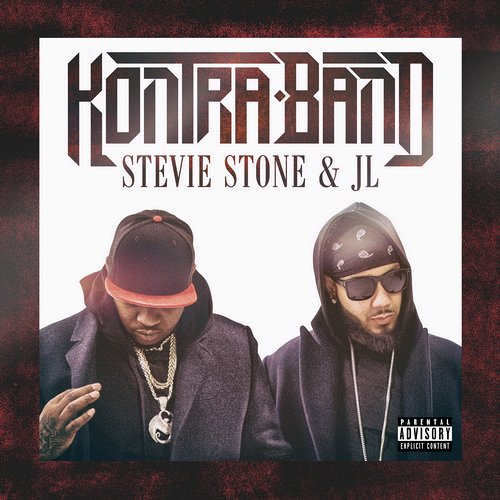 Strange Music‘s Stevie Stone and JL have teamed up to release an album together.  The album is entitled, Kontra-Band.

It’s scheduled to be released on April 20th.  You can pre-order the album by CLICKING HERE.

More details about the album can be read in the press release below.

Make your 4/20 memorable with a joint project from Stevie Stone and JL – KONTRA-BAND!

Combining the forces of Stevie Stone and JL, the album KONTRA-BAND represents an extraordinary team-up between these 2 powerful independent voices. Here’s your chance to preorder your copy of KONTRA-BAND – featuring the likes of Tech N9ne, Phresher, Joey Cool, Flawless Real Talk, Krizz Kaliko, Peetah Morgan and including the singles “Groomed By The Block”, “Envy” and “Too High”.

Preorder your copy now at strangemusicinc.net – you’ll get a signed copy of KONTRA-BAND, a limited edition KONTRA-BAND t-shirt (XL only), a Strange Music sticker and an exclusive mp3 download track, “What You Gon Do”!

Don’t miss your chance – head over to strangemusicinc.net and preorder your copy of Stevie Stone and JL’s collaborative project KONTRA-BAND