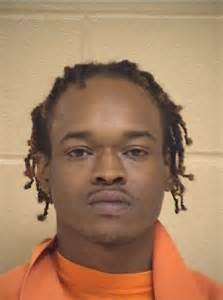 Louisiana rapper Hurricane Chris, known for the 2007 song “A Bay Bay,” has been arrested in a fatal shooting near a convenience store Friday.

The rapper, whose real name is Christopher Dooley Jr., was charged with one count of second-degree murder for the death of a man killed around 1 a.m. at Texaco in Shreveport, KSLA reported. Dooley, 31, was also arrested for one count of possession of stolen property.

The victim was transported to a local hospital after officers arrived on scene to find he had been shot multiple times.

Dooley said he was acting in self-defense while struggling with the victim, whose name has not been released, over his vehicle.

Shreveport police said the vehicle the pair allegedly struggled over had been reported stolen from Texas.