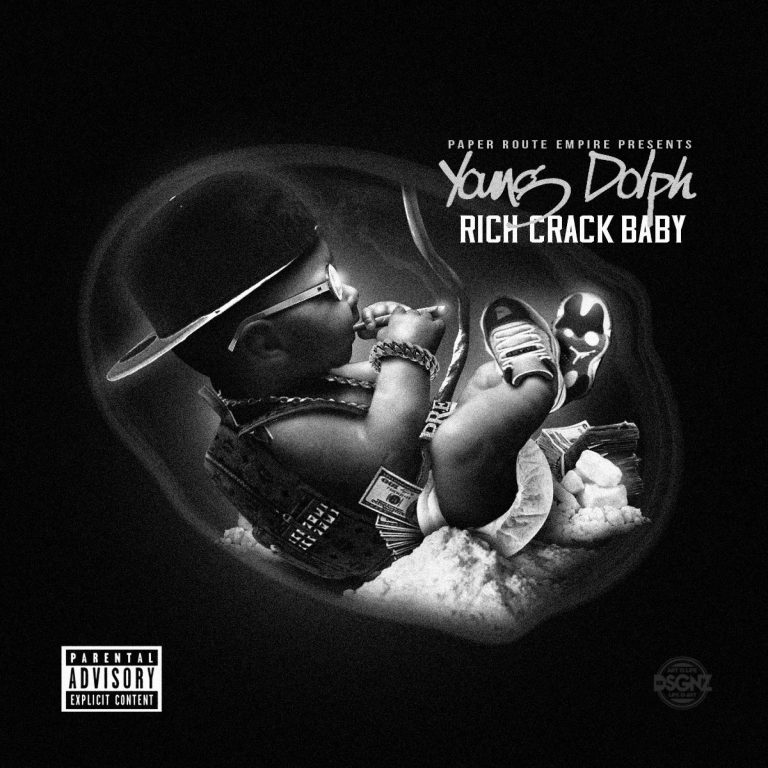 Featuring appearances from some of the South’s biggest stars and boasting the best album cover of 2016, Rich Crack Baby, the latest mixtape from popular independent rapper Young Dolph, hits DSPs today. Born to crack-addicted parents, Young Dolph’s mixtape is a celebration of overcoming insurmountable odds and turning an unfortunate situation into a triumph. In typical Dolph fashion, the mixtape features banging production, hypnotizing cadences, and perceptive and clever lyricism. With features from T.I., Gucci Mane, 2 Chainz, Boosie Bad Azz, Wale, and 21 Savage, and tracks produced by Zaytoven, Drumma Boy, C-Note, Izzetheproducer, and DJ Squeeky, Rich Crack Baby is a blockbuster release, cashing in on Dolph’s quiet popularity and the deep admiration of his peers.

“When you hear the word ‘crack baby,’ you automatically think, ‘aw damn, that’s fucked up,’” explains Dolph. “You think it’s a negative thing, but not in my situation, know what I’m sayin’? I did everything crack babies ain’t supposed to do. I got rich, I take care of my family, moved out the hood, did all this shit. Rich Crack Baby—that’s Dolph. I did it.”

Dolph is riding out a busy 2016, with the release of Bo$$e$ and $hooter$ in May and King of Memphisin February. Noisey described the project as “a solid debut album from one of the most quietly popular artists in the South right now.” The Memphis kingpin also released a steady stream of high-quality visuals, including the hilarious “Get Paid,” the sensual “On My Way,” co-starring Deelishis, and the absurd “Royalty,” which features cameo appearances from a capuchin monkey, a giraffe, and even a white tiger. In January, Forbes named Young Dolph one of The Hip-Hop Cash Princes of 2016, placing him alongside Fetty Wap, G-Eazy, and Metro Boomin, among others. Dolph also made a foray onto the Billboard charts with a star guest turn on “Cut It” the hit by OT Genasis, which peaked at number 35 on the Hot 100. With his vast catalogue of work and unmistakable persona, it’s officially the summer of Dolph – catch him on his national Royalty Tour, which stops at SOB’s in New York City TONIGHT. Rich Crack Baby is available for purchase on iTunes now.