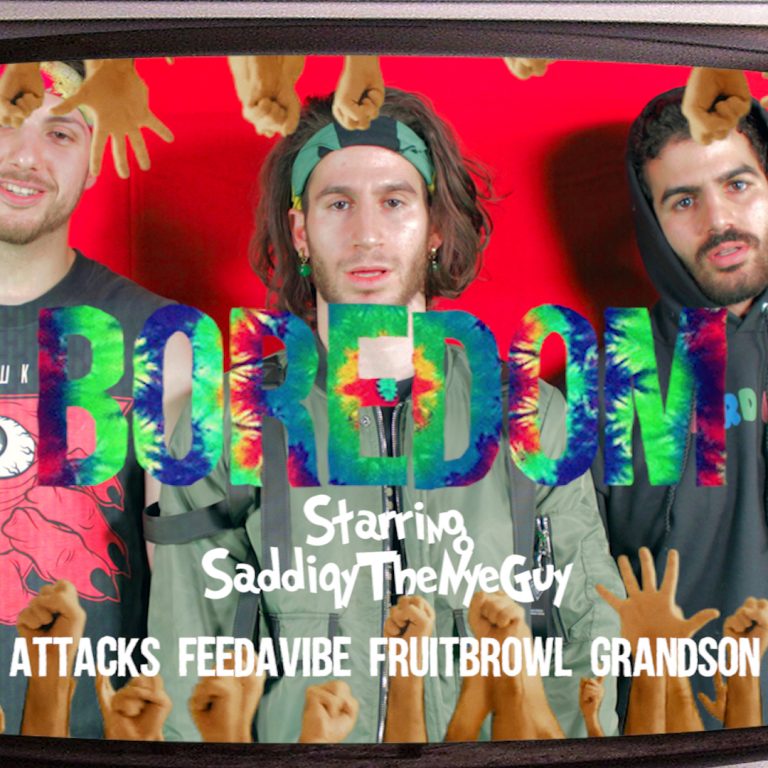 Saddiq El-Shakshir, better known as SaddiqyTheNyeGuy, has created a broad audience through his indie hip-hop/alternative styled music. Saddiqy has always been passionate about performing: he always wanted to be a singer and an actor, and he was even kicked out of his class a bunch of time for singing, interrupting the lesson. Ever since dropping out of college, he started focusing exclusively on music. His songs blur the lines between melodies, contemporary rap and old school glory. He combines clever lyrics and trappy beats with the focus on trippy cool visuals. This is evident on his new video, “Boredom/Glow”.

Growing up as a kid, Saddiqy was heavily influenced by Kid Cudi, Kanye West, Akon, Linkin Park, Lupe Fiasco, Mac Miller and many more. That being said, he was able to create a different style of music focusing on his weird lyrical flow to be epic, intelligent and witty, following in the path of the greatest rap storytellers of all generations. Still no one has been able to pin point his weird alien hip hop/alternative sound, his music is created with a sense of style that is way different than anything heard in the Houston culture.

Opening sold out shows for Hopsin, Funk Volume, People Under the Stairs, Dizzy Wright and many more. Developing a special stage presence and not to mention with the support of his fans helping him. Which lead him to develop a strong social media platform getting a co-sign on Soundcloud by American DJ, record producer “Diplo” himself liking the song “All I Want”, giving Saddiqy a sensational buzz on every platform all most hitting a million views. The Houston artist has much to smile about bringing a new style to the rap game.