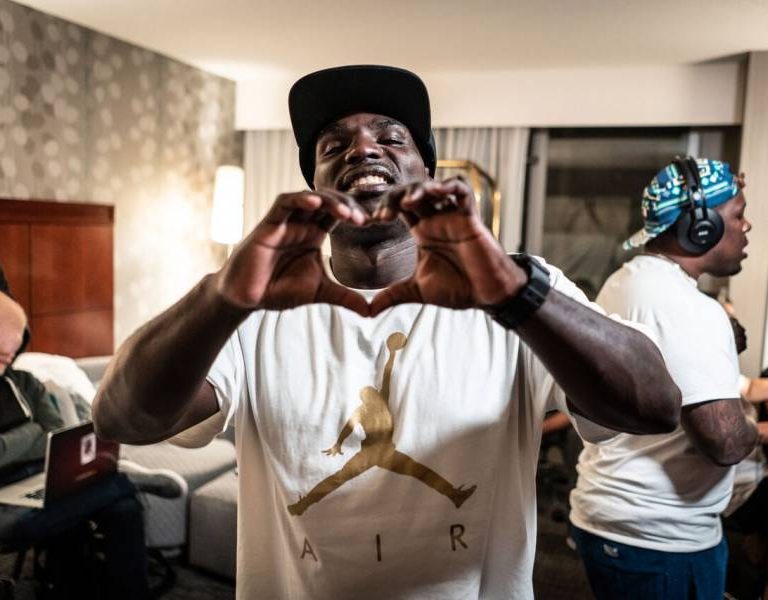 After 26 years behind bars, legendary Sacramento MC X-Raided is on the verge of releasing his long-awaited LP California Dreamin’. It’s now confirmed that the project is going to be released via RBC Records, which was acquired by (and is distributed through) Sony BMG — home to acts like Chief Keef, Waka Flocka Flame, and many more.
It’s a deal the rapper says has been a long time coming.

Brian Shafton, Senior Vice President of Recorded Music at BMG (and Founder/GM of RBC Records) has been in constant contact with me for nearly a decade,” X-Raided reveals to HipHopDX.

Shafton also wrote an email, which X-Raided showed to the board to prove that he indeed had legitimate business and philanthropic opportunities available to him, should he be released.

This is deeper than rap. Brian had faith in me when I had a Life sentence, and I am free with the ultimate faith in him as well,” he says.
With no official release date for California Dreamin’ in place, he does reveal that he’s been working with DJ Fresh, E-A-Ski, Tha Mekanix, Faided, and the legendary Mally Mall. “The album is insanely good … I’m excited to get it out. It’s gonna be a moment for West Coast Hip Hop!”