ROSEGROWN Drops “A RIDE DOWN ROSECRANS” 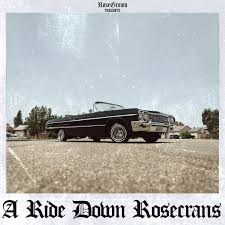 Rosecrans Ave started out as a blog here in Los Angeles. Then, progressed to a monthly concert series titled Don’t Come To LA. Now, the leader/founder Rosecrans Vic and his team have released their first album.