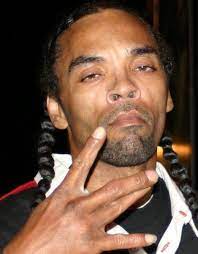 Back In July West Coast Artist Redrum781 (real name : Jermaine Carter) took to his official Instagram account to reveal to fans that he is fighting Bone cancer as well as sciatic nerve damage and spinal fractures.  RedruM 781, Tweedy Bird Loc and producer Ronnie Phillips organized hip hop project Bloods & Crips. Rum was a part of Death Row records and shared a booth with Tupac. He has also shared a stage with Ice T & Dilated Peoples to name just a couple. he also  is a community activist who spends his time trying to bridge the gaps between the gangs in LA and nationally in the US (through the Blood TransRUsion project) to stop the bloodshed and unite the black community, having seen the devastation that gang violence can cause first hand. Rum is a photographer and videographer who uses his talents to further his Blood TranRUsion project amongst other things.

A GoFundme has been setup asking donations (link provided below)