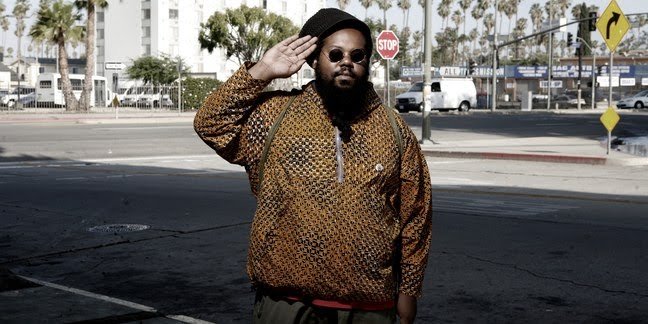 Los Angeles producer and DJ Ras G has died, Brainfeeder confirms. A cause of death has not been revealed. Known for his prolific output and spacey, psychedelic beats, Ras G was closely associated with labels including Brainfeeder and Stones Throw. In addition to his vast discography—both solo and under the Ras G & the Afrikan Space Program banner—he collaborated on music with Flying Lotus, Thundercat, and Open Mike Eagle.

Ras G became known for his extensive crate-digging and ability to conjure cosmic atmospheres with his beats, typically with an outer space theme. “My relationship with sci-fi is from a creational standpoint,” he told MerryJane in 2018. “My label is called Ghetto Sci-Fi Music, which is how I identify my studio and music-making methods. It’s Ghetto in terms of set-up/layout, but it’s a science to how it all works together and fiction to most who come from a more professional studio setting.”

After coming to prominence in the late-2000s, Ras G maintained a constant artistic pace, often releasing multiple albums per year. “It’s hard to explain, man,” he said of his approach during a 2017 Micro-Chop interview. “I’m a music man, I speak through feelings.”