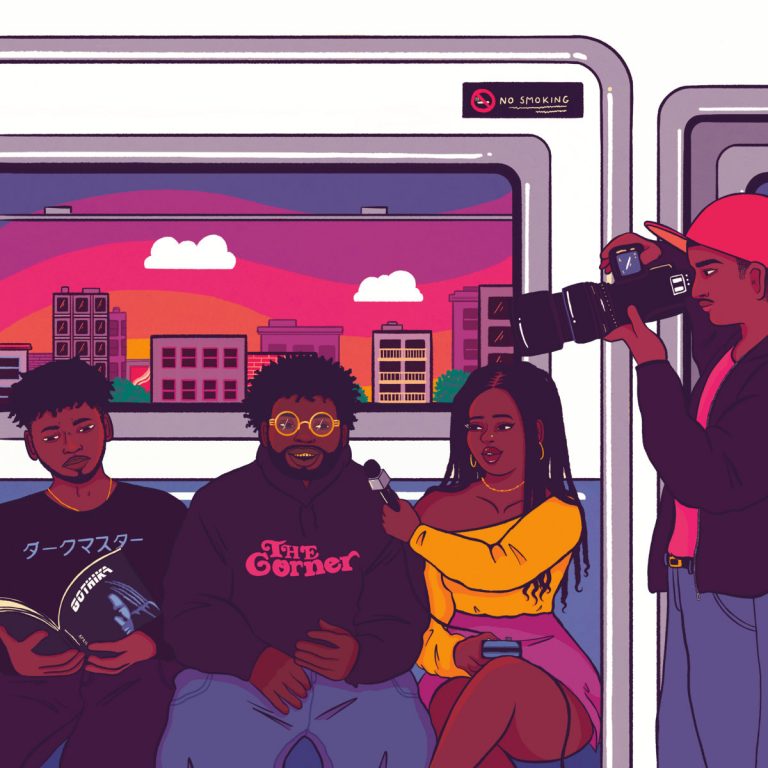 Anyone tuning into Jah-Monte’s music at this point should know what they’re letting themselves in for, but for the uninitiated I’ll break it down. The short version: this is another tour de force of rap excellence, masterminded by the hardest-working hometown hero in rap history.

Now for the long version: this is yet another killer seven track release that condenses the very greatest aspects of the Lord’s music into a glorious fifteen minutes. What’s more, this might actually be his most versatile project yet. The second side of Seventy-Fifth & Amsterdam is familiar territory, as we get an epic two part song (‘Benefits from Mutual Relationships’) featuring a verse from fellow Charlotte artist FLLS and a bonus cut produced by Australian hip-hop legend Timepiece (who also mastered the entire the project).

Side A includes plenty of the sample-based production that fans have grown to love about Lord Jah-Monte Ogbon’s music, but it also creates a more urgent, paranoid atmosphere than almost anything else in the rapper’s discography. ‘Half Moon Bklyn Performance’ is an incredibly satisfying track, as crunchy drums courtesy of AXNT collide with Jah-Monte’s unparalleled charisma. ‘Fuck My Old Plug I Wish You Well Though’ sees the Charlotte MC rap in a way that I don’t think I’ve ever heard before, the novelty of experiencing the rapper’s performance on a quasi-trap instrumental alone makes this release a very unique one within his constantly expanding catalogue.