Legends D.O.C. and Mr. Pookie To Judge “Master of the Mic Honors” 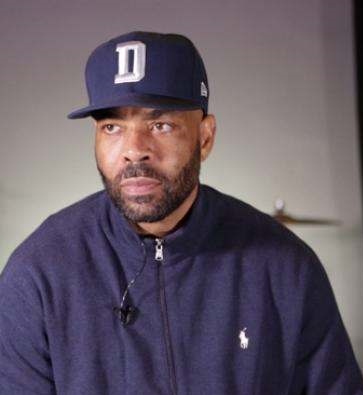 A defining quality of the current generation of rappers is that they’re relatively unconcerned with hip-hop’s history. But local promoter Callie Dee is doing her part to change that by inviting three pioneers of the genre to crown the best emcee in North Texas at Saturday’s DDFW Master of the Mic competition, which covers Denton, Dallas and Fort Worth.

Gangsta rap icon The D.O.C. is returning to judge for the third year in a row, which Dee says is her way of paying homage to the legendary N.W.A. affiliate best known for contributing lyrics to the group’s debut, Straight Outta Compton.

“I kinda feel like he was given a raw deal, and this is my way of giving back,” Dee says.

In 1989, The D.O.C. — whose real name is Tracy Curry — released his debut album, No One Can Do It Better, via Ruthless Records. It reached No. 1 on Billboard’s R&B/Hip-Hop Albums chart and sold more than a million copies. Just months after the release, however, The D.O.C.’s career was cut short after a car accident crushed his larynx.

Stoney Crook legend Mr. Pookie will also be on hand to crown North Texas’ Master of the Mic, Dee says.

“Having him involved is a blessing,” she says. “There are not a lot of people in Dallas hip-hop that are unfamiliar with Mr. Pookie. I just remember being a young adult in 1999, and hearing this Dallas artist on national radio was really tight and made me proud to be from Dallas.”

Grammy Award-winning producer Jah Born is also judging this year’s Master of the Mic finale. Born produced Erykah Badu’s 1997 debut single “On & On,” which spent two weeks at No. 1 on Billboard’s Hot R&B/Hip-Hop Songs chart and No. 12 on the U.S. Billboard Top 100 chart.

“I am honored to be judging amongst Dallas legends D.O.C. and Mr. Pookie,” says Born, whose real name is Jahmal Cantero. “You have one of hip-hop’s biggest legends judging the competition, so that speaks volumes, as well as Mr. Pookie, who was the first to rep Dallas on a national scale. The talent is also exceptional this year, so it’s going to be a challenge to crown a champ.”

This year’s contestants are Wild Bill and Mz Bossy (representing Denton), Kiid Karnage and DQ Hampton (Dallas), and Beast and Navigator (Fort Worth). The artists went through two rounds of competition in their respective cities to earn a shot at this year’s title. And it’s not just the artists taking Master of the Mic to heart.