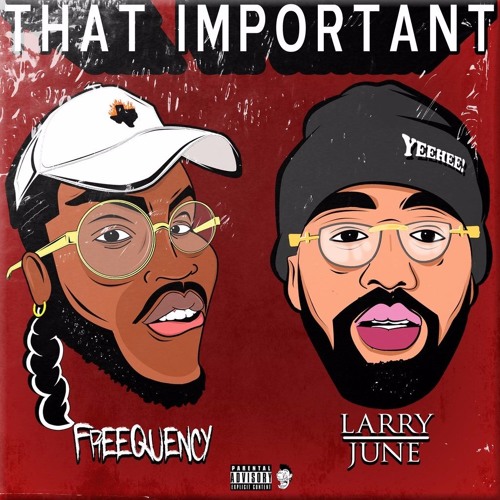 Austin-born recording artist Freequency has been steadily making waves throughout his city. Today he releases a banger titled “That Important” with rising Bay Area star Larry June. The duo flows easily over the bass-filled instrumental, riding the beat well to make a bouncy banger with a catchy hook.

“I was in a dark place and thankfully was able to pull through. I ran into Larry like two [or] three days in a row and just stayed in touch, linked, and collabed on [the] record,” Freequency said about the creation of “That Important.”

Freequency released an EP titled Sunset Music early in 2017 that was heralded as “rhythmic perfection” by EARMILK and “amazing” by Elevator. The Texas artist, who credits Eminem as his biggest rap influence, is undoubtedly on the way to making a name for himself.
Twitter | SoundCloud