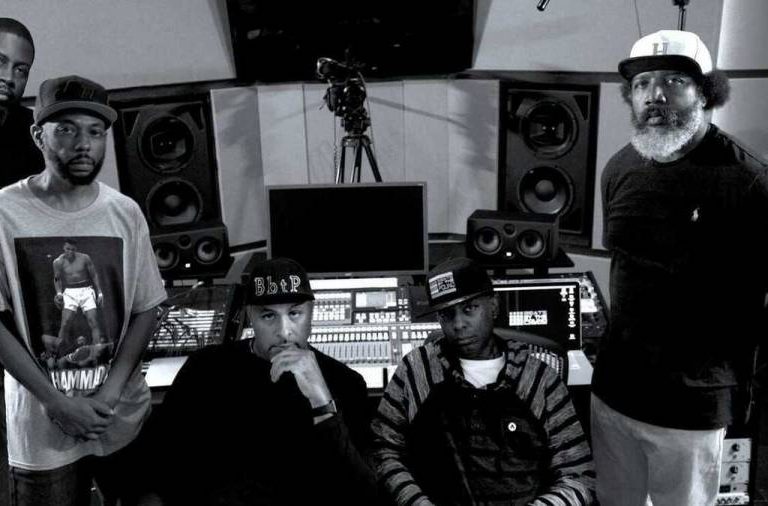 The story of Master P’s No Limit Records was profiled in the BET documentary series No Limit Chronicles in August. But the docuseries didn’t feature any input from Beats By The Pound, the legendary production team responsible for the label’s sound and platinum-selling albums from 1995 to 1999.

With such a glaring absence in the series, HipHopDX caught up with the entire crew to discuss why they weren’t involved in No Limit Chronicles and their perception of the show. Mo B. Dick, KLC, O’Dell, Craig B and Carlos Stephens explained why they chose not to participate and pointed out the errors or exaggerations they witnessed.

“We were reached out to, but we just didn’t want to do the interviews because based on our history, we had our suspicions,” Mo told DX. “Rightfully so. So, we just respectfully declined the offer because we don’t know if it was a ploy or smokescreen and something like that. So, we as a collective said we not gonna do it.”

The BBTP team’s skepticism proved to be accurate as they watched P control the narrative in the documentary. In one episode, the Hip Hop mogul implied the producers weren’t successful following their departure from the label.

The crew was also frustrated because they previously announced a documentary years before the BET series. While the COVID-19 pandemic disrupted their plans, the crew still intends to proceed with the project. They want to detail the truth of BBTP, which they believe wasn’t conveyed in No Limit Chronicles — particularly regarding the origins of the production team.

“There was some inaccuracies in the Chronicles,” Mo explained. “I can only say the Most High, just be honest with you, put us together. Me and KLC had already knew each other. Not knew, but we met previously some years prior. And we met again in Richmond, and we were occupying the same space with [Mr.] Serv-On and Mia X.”

He continued, “We shared an apartment and when we saw that we were going to be occupying the same space, doing the same thing, I made an appeal to him. I was like, ‘Say, man, how about doing a production team?’ And it went from there. We agreed on a name and that was it then. Later on, we were hearing some materials from [O’Dell and Carlos Stephens] and he already had a relationship going on with Los. And we just came together, should I say, organically. It was an organic thing that happened.”

In No Limit Chronicles, P claimed he created BBTP. The series also used interviews with Mia X, Mr. Serv On and a few Hip Hop journalists to cover the production team’s history with the label. But BBTP members suggest the series was doctored to a degree.

“Mia told the truth,” KLC noted. “I know what Mia was talking about, but it was clearly edited that they took what they wanted from her … It’s like they made Mia fit the format of what they were talking about.”

O’Dell also believed Mia’s answers were heavily edited. He said he stopped watching the series after witnessing things he lived through be misrepresented.

“What made me say it had to be edited was Mia brought me [to the studio],” he recalled. “So, I was like, ‘I know Mia know that she brought me there.’ So, this had to be an edit. That’s about the time that I said, ‘Oh, this is a work of fiction. Let me go ahead and find something else to watch. Let me wait for the Ruff Ryders Chronicles.’”

He added, “At least I’ll learn something [watching Ruff Ryders Chronicles] because I wasn’t there. Because I was like, no, I know she knew she brought me there. Literally with a bag and dropped me off at the studio. So, it was definitely an edit though. I knew Mia wasn’t lying.”

Although BBTP could easily be upset about the documentary, the veteran producers didn’t let it bother them. The members found humor in the distorted view of reality and didn’t treat the series as a genuine record of Hip Hop history.

“My personal view of the Chronicles is that it falls more into the category of a reality show versus a docuseries,” Mo said. “It has the full tone of reality TV because we know reality TV is scripted. It’s fit to get views. It was for the purpose of getting views and entertaining people. I think it was successful in that aspect.”

He continued, “But the people who know documentaries, the people who associate with us knew something wasn’t right. Because we have people that we’re associated with and were actually witness to some magnitude of our experience, including our families, our friends. I’ve got fraternity brothers and stuff like that who were there and witnessed some of the stuff that we endured. So, I’ve been getting phone calls about [the discrepancies].”

Beats By The Pound KLC
FacebookTwitter