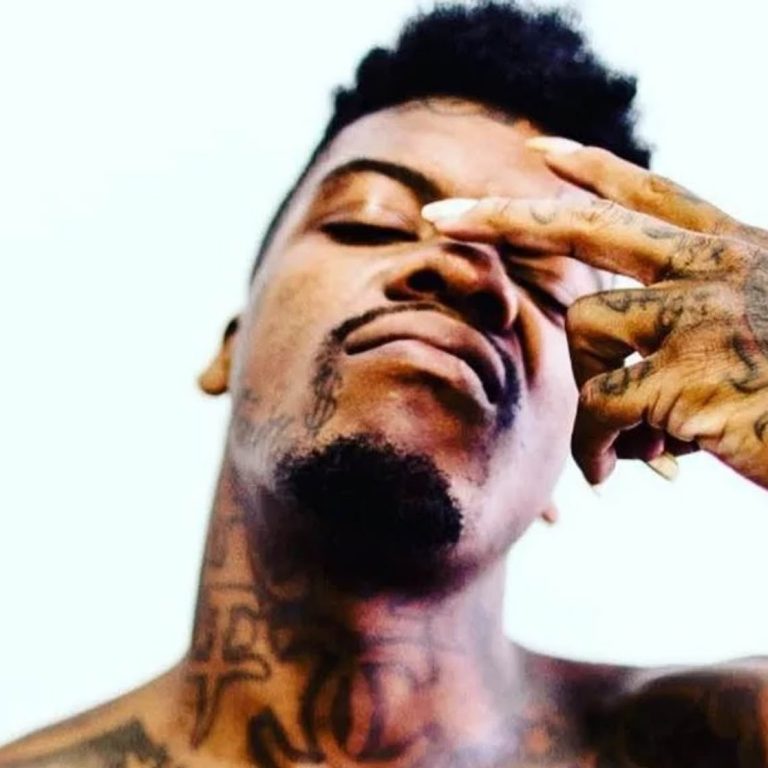 The sad news was confirmed by his representatives through Pitchfork on Tuesday, though his age has not been reliably confirmed

Ketchy, birth name Jameon Davis, was known for being in the underground rap group Stinc Team, fronted by Drakeo The Ruler

The Flu Flamming rapper later debunked rumors his collaborator’s death was something other than a car crash in an Instagram Live.

On Twitter he said that Ketchy was hit by a ‘random’ driver.

People from the rap world swarmed to social media to send their condolences.

Music writer Jeff Weiss shared: ‘RIP Ketchy the Great. One of the brightest LA talents of the last five years: a ball of 1000 watt voltage with a razor blade growl, who never failed to steal a track — whose promise was first undercut by the DA plot to persecute the Stinc Team, & now this. An unspeakable loss.’

Ketchy found fame with Stinc Team while also working on his own music, releasing the 2017 song If I Go Broke and a mixtape titled Free Sauce in 2019.

His music career was put on pause in 20178 when he was arrested for graffiti while shooting the music video for his single The Right Decision featuring Ralphy The Plug.

Then, Stinc Team was allegedly marked as a ‘gang’ by the Los Angeles County District Attorney, letting them add gang enhancements to his vandalism and witness intimidation charges.

For his crimes, Ketchy served two years and 10 months in prison.

After his release, he talked abut how his arrest affected his career on PALM podcast, saying: ‘When I went to jail… I had a couple songs that started takin’ off.

‘It’s crazy ’cause when I was on the streets…. [no one was] really coming up to me, noticing me, or recognizing me.

But once I was in the county and I was sittin’ down for like six, seven months, everybody who’s comin’ in that motherf****r’s like ‘Hey Ketchy, yo Ketchy, sign my cup!’

Ketchy quickly returned to music after his August 2020 release, debuting the songs Another One and Gang Enhancement while also appearing on Drakeo’s new mixtape We Know The Truth.

He and Drakeo recently a new song called For Real less than a week ago.