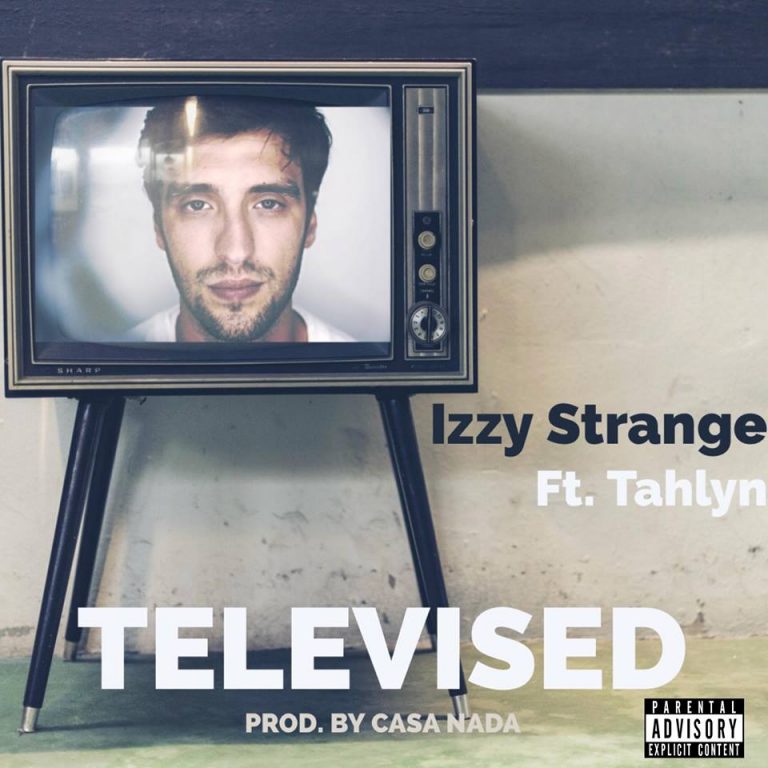 Starring vocalist Tahlyn, who has previously worked with Izzy on songs from his sophomore album, “A Good Day 2 B The Bad Guy”. Strange is also joined by producer Casa Nada, another noteable character from the aforementioned album, for the outer world soundscape. The song strikes hard against the negative use of social media outlets such as Facebook and Instagram while also telling a story involving the Pennsylvanian emcee.

Video director Geoffrey Ladd makes his grand appearance as an Izzy cohort with “Televised”. His footage editing and IG/FB live feed imitation used in the video help further the theme of just how much the web, namely social media, has negatively impacted personal interaction. This is especially true when it comes to artists and the music the create. Izzy’s rock influenced flow combined with Tahlyn’s heart piercing singing makes this an interesting single to examine word by word.

“Televised” is a loose single being used to keep the powerful momentum Strange acquired since early last year when he started releasing music from AGD2BTBG. It doesn’t end there either as he recently announced another loose single to debut in July with Blu titled “Just Me”. This will mark the second time the two lyricists have met up, the first was on “At Home”. The upcoming track will feature Sara Fox and production from Mayeniac & Leauxfi. Tune into “Televised” above and keep a close eye out for “Just Me” and more via www.izzystrangeraps.com.