Hurricane G Has Passed Away 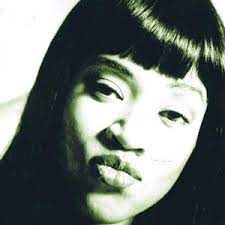 Rapper Hurricane G, born Gloria Rodriguez in Brooklyn, New York and who was once down with Def Squad, has passed away.

There are no details on the cause of her death at press time, but various members of the Hip Hop community have confirmed her death on social media.

“I have so many crazy stories from working with Hurricane G on her album All Woman,” Domingo wrote in another post. “We recorded that album in my apartment in Ozone Park Queens on a Tascam 388 and I took the whole reel machine to 78/88 studios and dumped the music to 2 inch reels then mixed it with @kidcus in Unique and Chung King studios.

Gloria was a really kind hearted funny person but when she was mad stay out her way…LOL. I saw her make a famous radio personality cry in a studio and when I drove Gloria home we argued about why she did that and she kept it real with me she said ‘Domingo that bi**h don’t fool me she is a 2 face.’”

He added: “Gonna miss speaking to her on the phone and hear her say ‘Domingo you got that funky ass fire for me or what motherfucker’… R.I.P Gloria ‘Hurricane G’ Rodriguez.”

Born Gloria Rodriguez in Brooklyn, New York, Hurricane G came to prominence as a member of the Def Squad and was first heard by many fans on the intro to Redman’s 1992 hit “Tonight’s Da Night,” telling the Jersey MC to “Get off that punk smooth shit, man. Get with that rough shit, man. You know how we do!”

Her debut album All Woman was released in 1997 and the lead single “Somebody Else” (which samples The Jones Girls’ 1979 hit “You Gonna Make Me Love Somebody Else”) reached the top 10 of the Hot Rap Singles chart. The album also featured an appearance by fellow Hit Squad alums Das EFX.

Producer Domingo Padilla, who produced her 1997 debut album All Woman, shared his condolences on Instagram.

“R.I.P. to my good friend Hurricane G. Really sad news to get. I was blessed to know her and produce her debut album. God bless her family and daughter.”