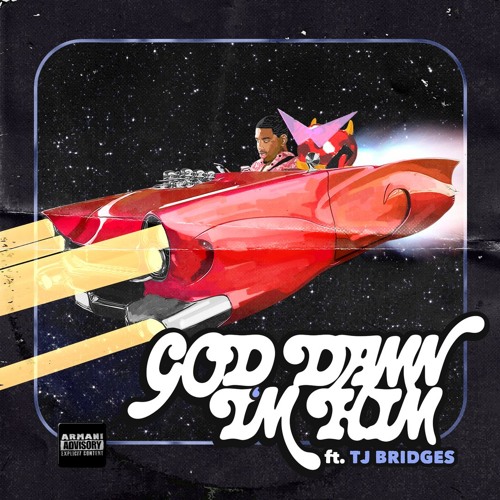 Earning comparisons to Mac Dre and other Bay Area legends, Guapdad4000 had a unique come-up. Guapdad first rose to fame on the back of his comedic YouTube videos, which hilariously played off his “scamboy” persona and developed a cult following. Building on the success of his comedy, Guapdad smoothly transitioned into making music, combining his sharp sense of humor with a softly malleable delivery and a refined sense of melody, earning the attention of Snoop Dogg, who reposted some of his videos and freestyles.

Marveling at the wonder of his own being, Guapdad4000 displays superhuman levels of flex in “God Damn I’m Him,” his latest single. The first single from his weekly #SaturdayScams series, “God Damn I’m Him” finds the West Oakland trickster reveling in his newfound wealth, celebrating his status as the guy in the neighborhood with a Bentley. Produced with syncopated grandeur by Dupri of League of Starz, the new single boasts a booming chorus from T.J. Bridges.