Grand Daddy I.U. Passes Away At 54 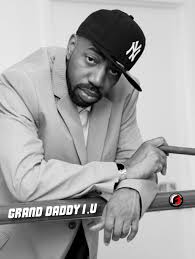 The 54-year-old Hip-Hop legend passed away, for unknown reasons at the time this report was published.

Several sources confirmed the passing with AllHipHop and the news spread quickly.

DJ Chuck Chillout, who was a friend of the rapper, helped break the news to the masses on his Facebook account. They were hanging out recently in late November.

Grand Daddy I.U. was an MC that emerged in the late 80s to become one of the leading artist on iconic label Cold Chillin’ Records. The late Biz Markie played an instrumental role in his signing after he received Grand Daddy I.U.’s demo tape from his peer’s brother.

I.U.’s debut album, Smooth Assassin, produced a pair of hit records. “Something New” his No. 11 on the charts and “Sugar Free” peaked at No. 9.

He said, “He?s always been one of the top emcees that I?’ve loved from that late 80?s / early 90?s period. If you look at Jay-Z?s Reasonable Doubt cover it sort of resembles that I.U.?s album cover (Smooth Assassin) where he had the same outfit on. Grand Daddy I.U. was one of the most lyrical, wordplay-having emcees. Young artists like Murda Mook…they don?t understand a lot of their style was fathered by Grand Daddy I.U.”

Grand Daddy I.U. continued to make his mark in Hip-Hop, as a rapper and a producer in the 1990s. He also did a lot of ghost writing. He released a sophomore album in 1994 called Lead Pipe.

He produced for Das EFX, Heltah Skeltah, KRS-One, Ice-T, and others. He frequently would appear at AllHipHop events too. Most recently he was doing work as a media personality and conducted interviews that were popularly promoted on Facebook.