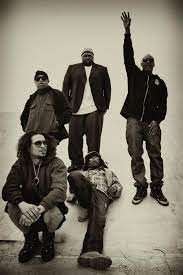 West coast rap pioneers Freestyle Fellowship are getting their long overdue flowers from the Recording Academy. On Tuesday (November 15), the legendary group’s 1991 debut LP To Whom It May Concern was announced as a nominee for the Best Historical Album category, along with artists Blondie, Glenn Gould, Doc Watson, and Wilco. Presented by the Recording Academy since 1979, the Best Historical Album category recognizes achievements in audio restoration

The Best Historical Album nomination (also the first for any rap album in Grammy history) comes 30 years after the release of To Whom It May Concern…, which featured standout tracks from Freestyle Fellowship members P.E.A.C.E., Myka 9, J. Sumbi, Aceyalone and Self Jupiter. Remastered in 2021, To Whom It May Concern was released to limited edition vinyl and cassette form. The group was notable in the Los Angeles spoken word scene, performing at notable health food market open mic spot Good Life Café.

In a 2021 profile with Bandcamp Daily, the group spoke about being pursued to join Death Row Records by co-founder Dr. Dre.

At that time, everybody’s young, you know?” said member Myka 9. Dre wanted to just put out the remix on To Whom It May Concern. So did Kim Buie [of Island Records] for that matter. At that time, she was more interested in getting that remixed and sonically better. In hindsight, it might have been a really, really good idea, but we were more interested in moving ahead.