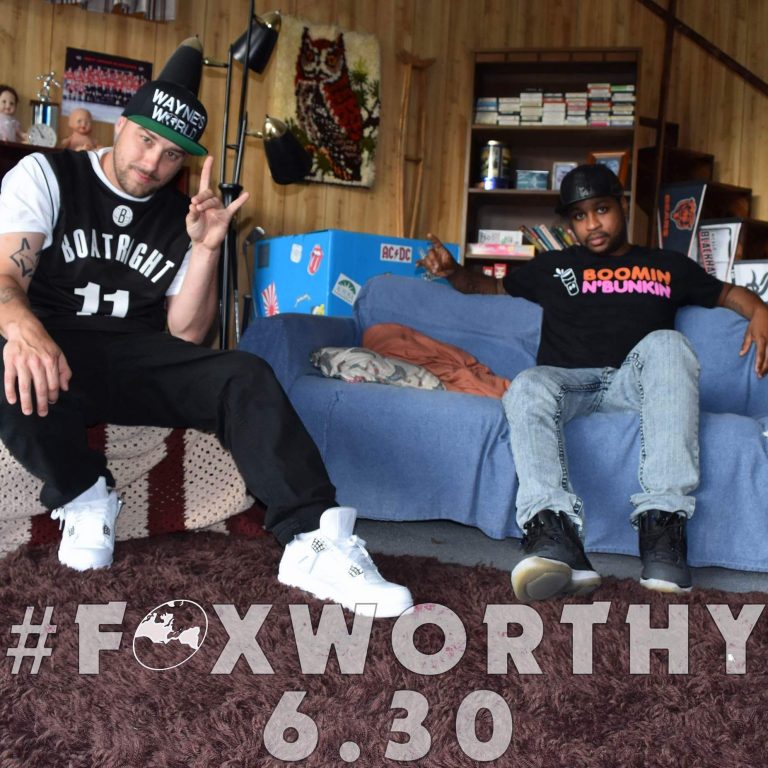 O.D. Kush and Quese mesh Hip Hop and Wayne’s World in their collab effort, “Foxworthy”. Shot on a replica set of the SNL skit of yesteryear, the Fox River Boys puts on for their hometown of Aurora, Illinois and demand that the rest of the world pay attention to the area.

Together as Fox River Boys, O.D. and Quese have been putting on for the #AurCity movement for years now, making a name for themselves among the town of Aurora and it’s surrounding areas. The song is presented as a challenge to the mainstream industry that under shadows all of the great, undiscovered talent from the 630 area. The pair also cleverly implement the Wayne’s World theme into their video, shot by Main Focus and edited by Littleguybigdesigns.
With the 25th year anniversary of the film, a replica set and the GarthMobile made their way to the city and FRB were able to obtain exclusive access to the set for filming.

Quese is known for his brolic delivery and strong baritone. O.D. is a punchline master and uses catch phrases from the movie such as “schwing” and “party on” within his rhymes. With a strong sense of confidence, FRB delivers a piano ridden ode for The City Of Lights. Stay tuned for their upcoming project ##frbtox as well as O.D. Kush’s solo album, #TheKush.