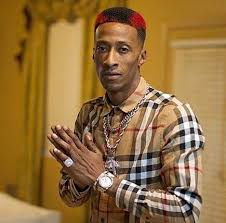 Succeed, whose real name is Ronnie Cravens, 40, was said to have been killed in the city of Henderson, Nevada. He was pronounced dead at the scene, according to CBS affiliate KLAS 8NewsNow.

Jenna Ivory, a former adult entertainer and Succeed’s girlfriend, confirmed his death in an Instagram statement.

“I can’t even fu**in think right now or breathe. I just got the phone call. My love, I don’t wanna be here without you. They took you away too soon. It wasn’t your time,” Jenna writes in an Instagram caption with a photo of the couple.

“You were so close with your music. I will do my best to stay strong for you and everyone. I love you more than anything. I can’t believe this right now. God help us all. I will do everything in my power to continue to push your music and your name.”

The shooting that left Succeed dead reportedly occurred in the 2900 block of Clarity Court in Henderson on Saturday evening. Witnesses claimed to have heard several gunshots and police have not named a suspect.

Another victim involved in the shooting was reportedly treated for non-life threating injuries and was released from the hospital.

Succeed was raised in Fort Smith, Arkansas, and moved to Dallas, where he signed a record deal with Big Will Records. He recently released a record with Suge rapper DaBaby and was previously associated with rapper Curren$y and his Jet Life hip hop collective. Succeed released a diss record aimed at Curren$y after a falling out last year.

The motive behind the altercation and shooting that left the rapper dead is still being investigated.