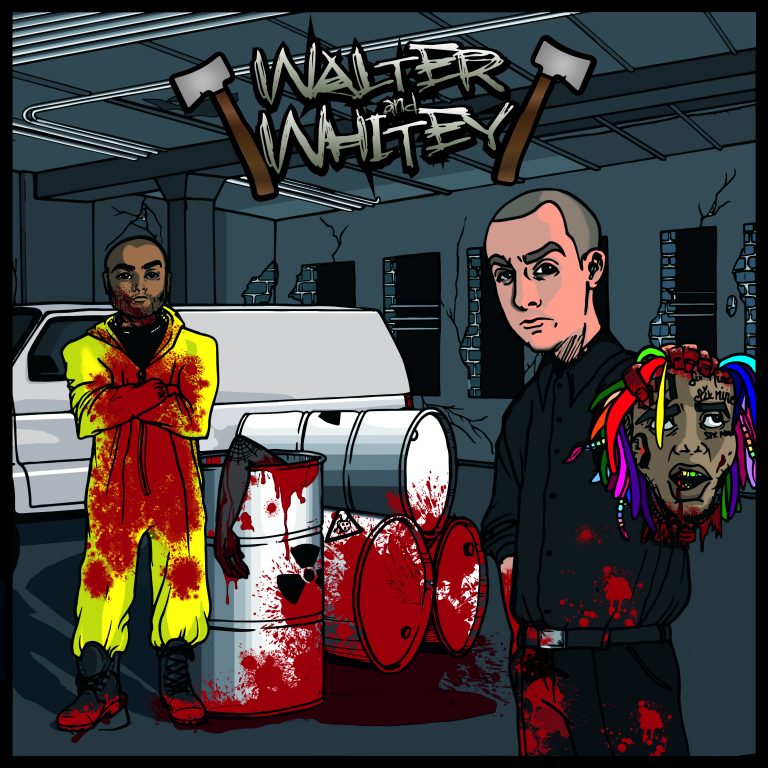 Inspired by popular characters from the cult classic television series, “The Breaking Bad”, Epademik embodies Whitney Dorner and Siccness co-stars as Walter White. ‘Walter and Whitey’ is a refreshing collaboration of West Coast defining verbal assault. Attacking today’s new school acts like 6ix9ine (Whom is beheaded on the cover) and more by teaching them the traditional wordplay and thought-provoking rhymes that has made the West Coast what it is known for today.