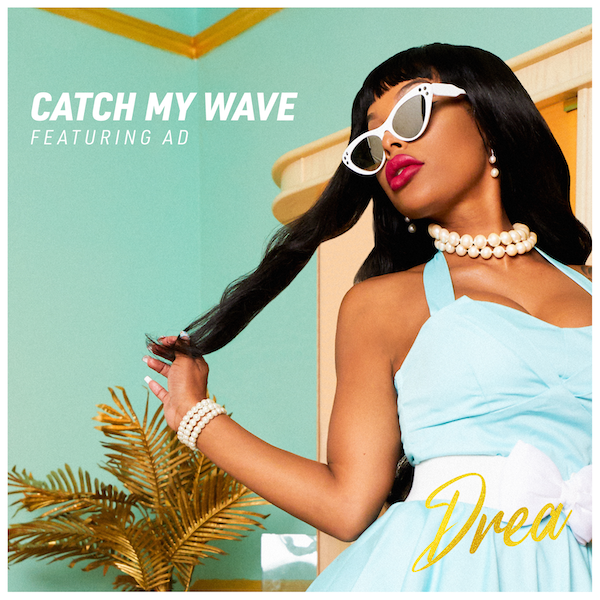 “Catch My Wave pretty much means, ‘Can you pick up what I’m putting down?’” Drea Dominique said.  “AD and I are mutual friends on social media and so as a collective we decided that he would be good on the song. We have a video for Catch My Wave and we also have a second song called Waiting that is a sensuous ballad, but the idea behind the EP is that all my stuff is different within my musical Toy Box. We’re just in my little Toy Box and when you dig around, you’ll hear all types of cool and fun songs!”

Often remembered for her role on Bad Girls Club Season 9, Drea Dominique is not shy to the spotlight having been a model in videos for Snoop Dogg, The Dream, Baby Bash, Robin Thicke, and others.

“I did some modeling over the years for King Magazine and I was featured in Straight Stuntin,” Drea Dominique says. “Yes, I’ve been on Bad Girls Club. I came to the show with the mindset of showing girl power, I was embracing being a bad boss type chick; but the rest of the house seemed to be there for the drama. I didn’t go in looking for a fight, but the fights definitely found me.”

While gaining attention for her looks, Drea Dominique always kept music close to her heart after performing regularly with her friends in San Diego.

“I’ve always loved music which is my true passion. I was in choir during school, but before I decided to embrace my own personal music, I used to sing hooks for my friend Bassem G in San Diego. Then last year I decided to invest in my solo project and here we are a year later,” Drea Dominique explained. “I decided I’m just gonna get in the studio, it’s been a passion, but I never really fully embraced it; yet here we are.”

Despite COVID and a down year in the music industry, Drea Dominique is using the time to focus on her new lipstick and eyelashes line called HeartSpace by Drea, which is now available for sale on her site, DreaDominique.com.

“We were getting ready to launch and we were looking at a tour, but everything has been on hold with COVID. Getting in the studio is tough because everything is on lockdown, but I hope it changes soon,” Drea Dominique says.  “I have lots of new music, a lipstick and eye lash line; hopefully, you all will like it!”