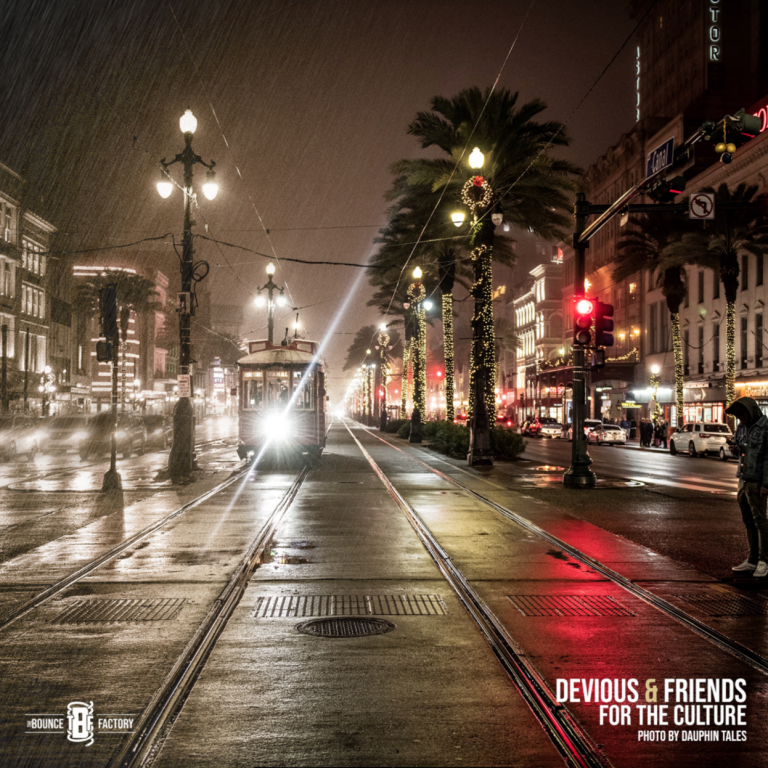 ‘Devious & Friends: For the Culture EP

Hailing from Hollygrove, this prolific member of the New Orleans Hip-Hop community has worked on various “Bounce” records with prominent figures in Hip-Hop for years.  Fromgraduating atXavier University, to starting a label early on with Mr. Marcelo, Fiend and Moosa, who is Curren$y’s manager, it’s been a long road for Devious. But over the years as his career has progressed, Devious has been sampled by multiple people in the industry making the grind and hustle worth the battles.

After allowing a host of artists to sample his music and grab pieces of the culture Devious has decided to work on a compilation album with staple Hip-Hop and R&B acts from his city calledDevious & Friends.

“My City doesn’t really understand how deals are made and how they are put together with some of these big artists that I have worked with like Beyoncé and Rihanna. They tend to think the artists or labels in New York and California are stealing our music. They don’t actually know there are deals being made with people like Cardi B and the City Girls. So I wanted to put a face to the music of our city, because pretty much all the guys I produce with are getting opportunities too and they deserve some attention. That’s what made me start Bounce Factory and make Devious & Friends,” Devious explained.

“We started with the R&B for the project because they are pretty much locked in and have positive energy. The next project will be back to the bars. This is more of the eclectic project,” said Devious. “For The Culture represents New Orleans. We plan on releasing For The Culture Vol. 2 or a deluxe edition which will feature some of New Orleans dopest emcees. There’s so much talent in New Orleans and as a songwriter I try to collaborate with as many eclectic creatives as I can. We definitely have the gumbo flavor in our music.”

Other key people who worked on the album or promotion are DJ Ro from Q93 FM, Lenny Green, and S – 8ighty also commented on their input on the project:

“The role I play in Devious’ movement is to break his singles in his city and the surrounding areas. Devious started out as the freestyle king and he played a part in many of our New Orleans hit bounce music recordings as well as creating the hooks for many of our homegrown artists. It means a lot to be a witness to Devious’ success! I’m just a vessel for artists to get their musical message out. With the influence of Devious’ vocals and  his savvy business ways, we now have major artists from around the globe wanting a piece of the bounce sound that was born in New Orleans.”

“To be a part of The Bounce Factory project is a privilege and honor. I believe the new song “Never Let Geaux” by Devious  produced by S- 8ighty is innovative in nature because it’s a true bounce ballad! To be able to work with such great artists is refreshing and in my opinion this project can open doors to mass appeal and will spark major label interest.”

“Devious came to me and wanted production work and feature work. He came with the ideas that he wanted. Whenever he wants something, it’s in a particular way. Usually when he asks for something, I give it to him. It’s always a fun and great time working with him.”