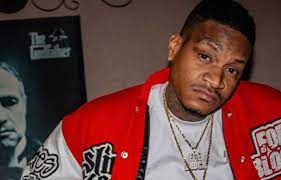 Tragic news has been shared about Slim 400 and it has the internet buzzing. The rising Compton, California rapper has been developing his career for years as an associate of YG, but it is sadly being reported this evening (December 8) that Slim 400 was shot and killed in Los Angeles. Details about his reported murder are scarce as this is a breaking news story, but condolences have begun pouring in for the 33-year-old slain star. No Jumper initially broke the news to the world.

Back in 2019, the rapper sustained life-threatening injuries after he was shot during a drive-by in his hometown. He was treated for 10 gunshot wounds before being released.

Just one month after that shooting, he sat down with an L.A. radio station and detailed his experiences.

“I just feel like when you meant to be here and God have a plan for you, it ain’t no stoppin’ it,” he said at the time. “I hit the ground thinking it was over. My family came out, kept me alive, talking to me, dragging me in the house while they still shooting…My family, love her to death for just saving me. I just feel like I’m blessed just to be here ’cause I could have just died then and there.”

Slim also mentioned that both he and YG like to return to their neighborhoods to show love to the streets that helped raise them. However, he recognized that some people may be jealous because of his visibility and success. We send our sincerest condolences to Slim 400’s love ones during this difficult time.