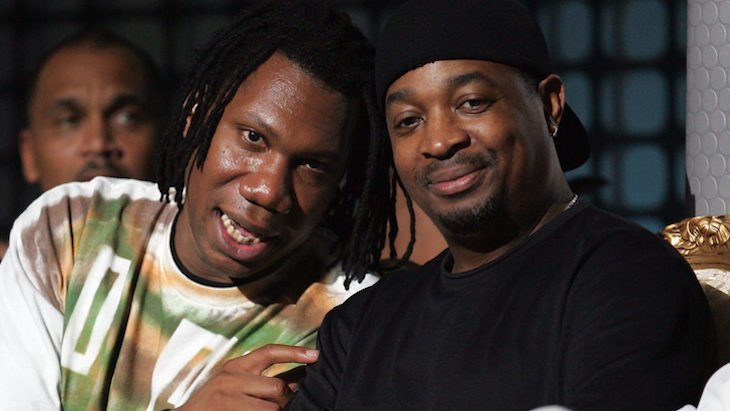 At a time when labor unions are making a resurgence among companies like Starbucks and Amazon, Hip-Hop is proving no different. Some of the leaders in the culture have established The Hip Hop Alliance, dubbed “Hip-Hop’s first official union.”

The organization, founded by Chuck D and Kurtis Blow, defines itself as “a 501(c 3) non-profit organization [whose] mission is to promote fair wages, fair royalties and strong health and retirement benefits for artists in the Hip-Hop and R&B community.” KRS-One serves as Chairman, while Doug E. Fresh serves as Vice Chairman. The HHA Advisory Board includes Slick Rick, Willie D, DJ Scratch, DJ Hollywood, DJ Cassidy, Davy DMX, GrandWizzard Theodore, and Alonzo Williams, among others.

KRS, Rick, and Big Daddy Kane appeared in an Instagram video on behalf of The Hip Hop Alliance. In that visual, Kris raps about the Hip Hop Alliance. “We’re fighting for rights: workers’ rights, labor rights, and wages,” begins the Boogie Down Productions co-founder. In a rap, he condemns the music industry while pushing for “culture self-reliance.” The lyrics also advocate for artist royalties at a time when some of Kris’ peers, including De La Soul have successfully battled against past record companies in the public eye. Kris reminds Heads that he spearheaded the H.E.A.L./Stop The Violence movement more than 30 years ago, and he’s on board for more change. The HHA proudly stands “against corporate exploitation.”