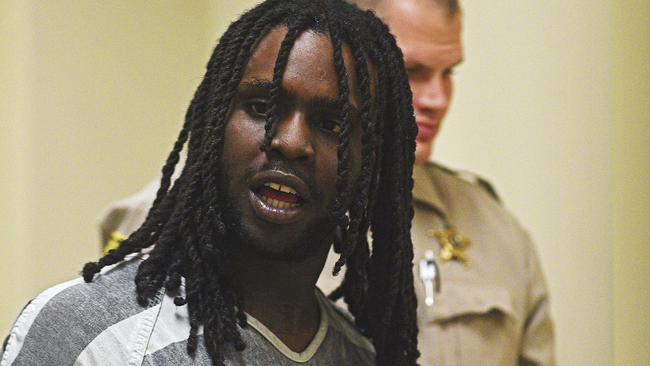 The rapper Chief Keef, whose legal name is Keith Cozart was arrested June 12 at the Sioux Falls airport, where officials say marijuana was found in his carry-on bag. He had been in the city performing at an anti-bullying celebrity basketball event at a local university.

The Argus Leader reports that Cozart returned to Sioux Falls last week to plead not guilty to felony and misdemeanor charges for possessing marijuana, a marijuana edible and drug paraphernalia. His trial is scheduled for Nov. 27. The felony charge against him is punishable by up to five years in prison and a $10,000 fine.

Cozart is from Chicago. He now lives in Los Angeles.